In December 1968, two U of M students brought a bucket of green paint into Wilson Library and started painting on one of the walls. When asked to explain their actions, the students presented a forged work order, and said they were “just doing what they were told.”

No one stopped them from completing their unauthorized mural — a replica of a figural proportion study called “Le Modulor” by French architect Le Corbusier.

Their prank got the attention of the library director and the local news. An article from January 3, 1969 in the Minneapolis Tribune quoted Library Director Edward B. Stanford, who appreciated the mural, “It’s so well done it looks like we commissioned it.” He also acknowledged, “If they’d asked, we probably would have said no.”

An article in the Minnesota Daily student newspaper speculated that the prank would probably remain “at least temporarily.”

Fifty years later, the mural is still here. You can see it up close if you visit the Government Publications section in the library’s basement level. 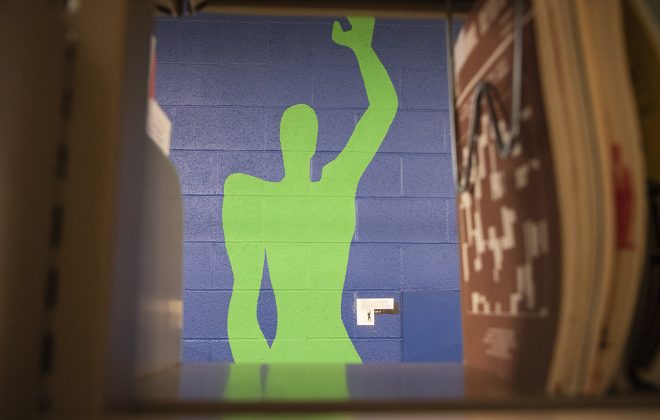 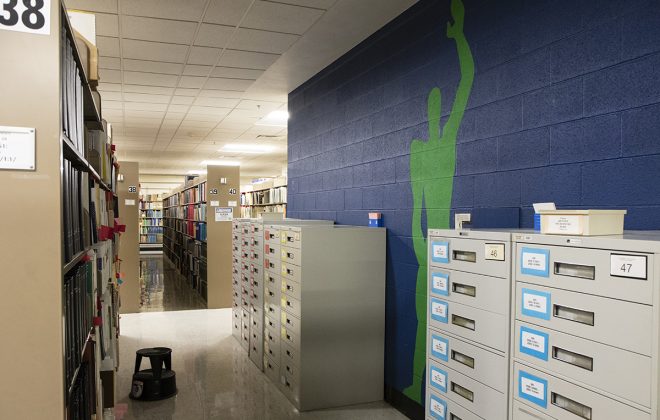 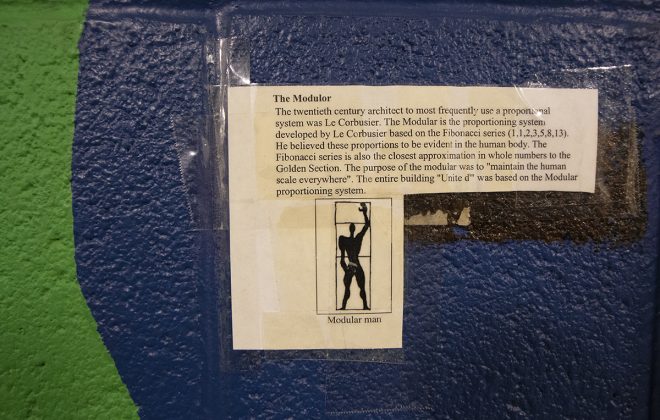 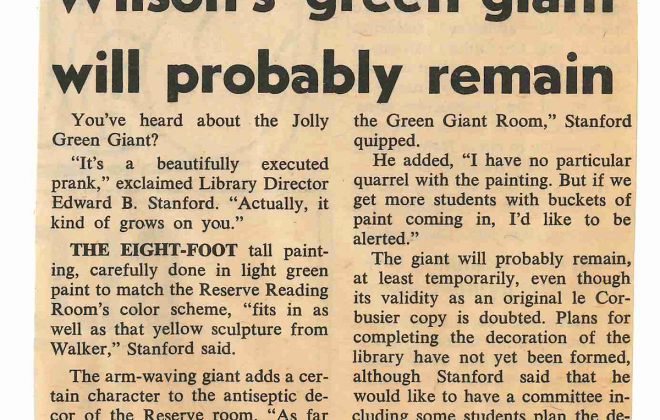 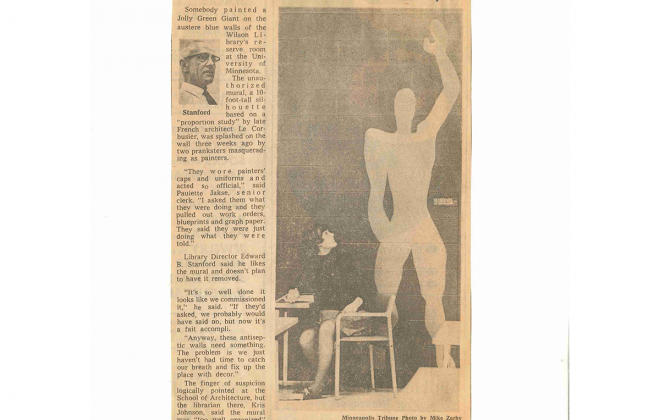 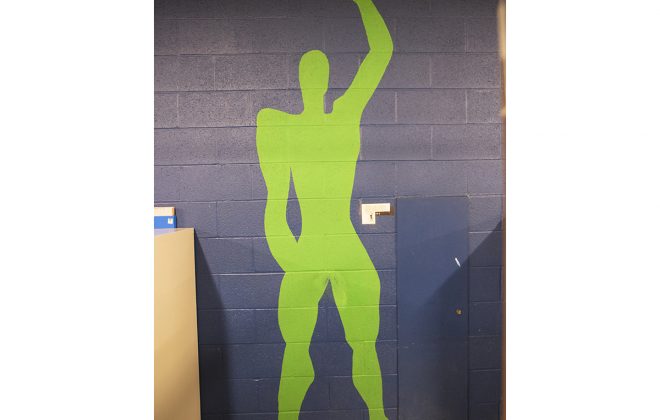