Jean E. Sammet Papers
Jean Sammet was a force in computing from the 1950s to 1970s. A pioneer in computer linguistics, she led the teams responsible for the FORMAC and Ada programming languages. She was also one of the key architects of the COBOL language. Sammet’s papers document her career in computer science as a leader at IBM and the first woman to be president of the Association for Computing Machinery, as well as her research on programming linguistics. They also present personal reflections on feminism, the experience of women in the computing industry, and correspondence with fellow pioneers in the field.

The Plantation Negro as a Freeman
From the library of T. Thomas Fortune, a journalist and radical black activist who studied law at Howard University, this 1889 book by Philip E. Bruce is bound with a frontispiece-type engraved portrait of John Mercer Langston. The book is inscribed by Langston to Fortune. Langston was a Virginia-born freeman, an abolitionist, an important activist, the first Dean of the Howard Law School, the first African-American to be elected to Congress from Virginia, and was the great-uncle of Langston Hughes, who was named for him. The book is now part of the Lou Bellamy Rare Book Collection within the Givens Collection.

The Amen Corner: A Drama in Three Acts
This 1968 book by James Baldwin is now part of the Lou Bellamy Rare Book Collection within the Givens Collection.

Black Theatre #1: A Periodical of the Black Theatre Movement
This rare 1968 first issue of the pioneering periodical Black Theatre, edited by Ed Bullins, includes an interview with LeRoi Jones by Marvin X, an interview with Robert Macbeth and Ed Bullins by Clifford Mason, and an essay by Larry Neal on cultural nationalism and black theatre. This acquisition is Ed Bullins’s copy, with the noted playwright’s ownership signature above the cover illustration by George Ford. It is also signed by Muhammad Ali, who visited the New Lafayette Theatre in Harlem, New York in 1968. This first issue is now part of the Lou Bellamy Rare Book Collection within the Givens Collection.

Papers of Dr. Josie Johnson
Josie Johnson, Ph.D., a leading African American educator, activist, administrator, and civil rights leader served as a legislative liaison and community liaison for the city of Minneapolis. In 1971, Johnson became the first African American to serve on the University of Minnesota Board of Regents. She also served as deputy campaign manager for the Jimmy Carter presidential campaign, joined the faculty of the University of Minnesota’s College of Education, and was a senior fellow at the Hubert H. Humphrey Institute of Public Affairs. She later served as U of M Associate Vice President for Academic Affairs with special responsibility for minority affairs and diversity. Johnson’s papers include drafts and correspondence related to her upcoming memoir about activism and the struggle for civil rights; newspapers clippings; and audio and visual recordings.

Archive Nyssen
The eastern Mediterranean world was a hub for trade extending from Asia to northern Europe and the Americas. The Nyssens were a diplomatic family active in the 18th and 19th centuries as consuls to the Ottoman Empire on behalf of the Habsburgs in Austria as well as Holland and the Netherlands, and France. The Archive Nyssen (1743-1833) reflects commercial and diplomatic activity in Tunisia, Smyrna, Dalmatia, Turkey, Sicily, Italy, and Spain. The 267 documents that comprise this collection — written in Arabic, Turkish, Nagari, French, and Italian — range from correspondence and travel documents to payment acquittals and records of slave sales.

Ojakangas Collection
The Kirschner Collection in Magrath Library acquired the cookbook collection of Duluth cookbook author Beatrice Ojakangas. The Ojakangas collection comprises nearly 2,000 cookbooks covering a range of decades and cuisines. Most notably, there is a sizable selection of Finnish and Scandinavian cookbooks that Ojakangas used in developing her own recipes.

Theater Mu
Founded by Rick Shiomi in 1992, Theater Mu is Minnesota’s only pan-Asian performing arts organization, as well as one of the largest Asian American performing arts companies in the United States. The organization is dedicated to bringing Asian American voices to the stage through fully-staged productions as well as professional development opportunities of emerging artists. The company is currently led by Randy Reyes, Artistic Director, and based in St. Paul, Minnesota.

Stanislaw Skrowaczewski Papers
The papers of former Minnesota Orchestra Music Director Stanislaw Skrowaczewski include correspondence, programs, recordings, and an impressive library of musical scores. Many of these scores include performance notes and other marginalia. The collection also includes original manuscripts of pieces composed by Skrowaczewski. Some of the compositions were written when Skrowaczewski was 13 years old.

Sage Awards for Dance Records
The Sage Awards for Dance was an annual awards night founded in 2004 and led by Dana Kassel and Stuart Pimsler. The awards, named in honor of Sage Cowles, were presented to honor choreographers, dancers, educators, presenters, scenic and lighting designers, visual artists, and others artists working in dance in the Twin Cities area of Minnesota. The collection contains publicity, correspondence, notes, videos, photographs, and administrative materials.

Ballet of the Dolls Records
Ballet of the Dolls was a Minneapolis-based dance company established in 1986 by Myron Johnson. The company was known for its original works, or re-imaginings of classic works such as Giselle and The Nutcracker. The collection includes production records, photographs, publicity, a large collection of posters, and some administrative records. The collection also includes a costume headpiece, as well as some costume designs.

Webster Collection
This book collection, donated by Paul and Mary Webster, includes nearly 1,000 volumes. Paul Webster is a former president of The Boone and Crockett Club — according to their website, the “oldest wildlife conservation organization in North America, founded in 1887 by Theodore Roosevelt and George Bird Grinnell.” Some of the volumes in the Webster Collection are signed by B&C’s founder, Teddy Roosevelt, and together the collection is one of the largest, and possibly greatest, personal collection related to B&C’s mission “to promote the conservation and management of wildlife, especially big game, and its habitat, to preserve and encourage hunting and to maintain the highest ethical standards of fair chase and sportsmanship in North America.”

Cardozo/Hall/Monsein/Daniels Photograph Collections
These collections of photographs and photochroms, donated and acquired over the last few years from Christopher Cardozo, Michael and Anne Hall, Matthew Monsein, and John Daniels Jr. include contemporary and legacy prints taken by Edward Curtis as part of his celebrated series The North American Indian, landscapes by renowned photographer Michael Smith, and European/American photochroms published primarily by Photochrom Zürich and the Detroit Photographic Company. These accessions greatly enlarge the Libraries’ historic photographic collections that build on the Mertle Collection on the History of Photo-Mechanics and the Postcard Collection.

Thomas Rose Papers and Artwork
Thomas Rose is an American sculptor, designer, architect, and photographer. A faculty member in the U of M Department of Art since 1972, Rose’s work is a mix of natural and constructed environments as well as digital media. This newly acquired collection includes project and exhibition files, catalogs, slides, digital photography, sketch books, and selected representative artworks.

Bell Museum of Natural History Records
The collection contains correspondence, publications, reports, departmental records, photographs, and scrapbooks of the Bell Museum of Natural History at the University of Minnesota. In 2017 an additional 300 cubic feet of materials were added to the University of Minnesota Archives due to the Bell Museum’s move to a new facility on the St. Paul campus and the closing of the previous location.

Rabbi Kassel Abelson Papers
The Upper Midwest Jewish Archives received the papers of local rabbi Kassel Abelson, documenting his 40-year career as rabbi of Beth El Synagogue in St. Louis Park, Minnesota. Abelson’s papers span 100 years, from 1913 to 2013, with the majority of the papers dating between 1943 and 2000. Of most interest are sermons, wedding information, eulogies, and Kassel’s work with the organization United Synagogue Youth, a worldwide youth organization which he helped found in 1948.

Ronald Luce Personal Papers
Beginning during the Tet Offensive in South Vietnam and subsequent flight of “the Boat People,” the World Alliance of YMCAs in partnership with the American YMCA provided relief to the refugees of the Vietnam War. Ronald “Ron” Luce represented the American YMCA and documented his experiences through hundreds of photographs. Following the withdrawal of the United States military, Luce represented the YMCA in the resettlement camps in the U.S. and later became director of the new (circa 1970s) refugee resettlement program with the Houston YMCA. 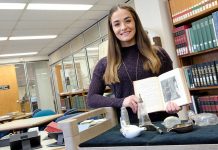 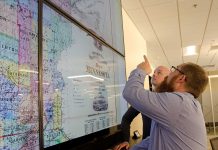 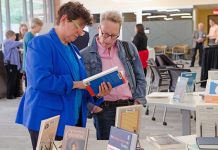