The West Bank we know today on the Twin Cities campus looked quite different five decades ago.

Why, in the 1960s, did the University expand (or to use the preferred term at the time – stretch) to the West Bank of the Mississippi River? To answer that question, the story begins in the 1940s.

On June 22, 1944, President Franklin D. Roosevelt signed the Serviceman’s Readjustment Act, commonly known as the GI Bill of Rights, which among other benefits offered education funds for returning service members.

To handle the substantial increase in students, the University’s needs were numerous. In the 1946-1948 Biennial Report, President James Morrill condensed the need into one sentence, “It is the problem of fitting 27,000 students into a physical plant built for less than 15,000.”

Many community members, students, faculty, staff, and administrators felt the University was ineffective in meeting student and campus needs. As the wave of post-World War II students began to recede, University administrators and faculty began planning for the next expected wave of students, about which President Morrill noted, “As we approach 1960, the student population will probably exceed the present peak of 27,000. Babies born in the early war years in accelerated numbers will be of college age. In order, therefore, to maintain the quality of educational output which has come to be associated with the University of Minnesota, we must expand.”

Knowing current facilities could not accommodate the expected drastic increase in students, the University sought construction funding. In 1959, following proposals, counter proposals, marketing campaigns, and various legislative roadblocks, the University secured $7.1 in appropriations to construct the first three buildings on the West Bank campus, in addition to remodeling and new construction projects for the East Bank and St. Paul campuses, the Duluth Campus, and several other University sites.

Why build on the West Bank? Planning groups at the University in preparing reports for Legislative Commissions had determined that expanding north or southeast of the “Minneapolis campus” (what we know as the East Bank) where many students and faculty lived would make the strained housing situation around campus much worse. Expanding in either direction would also call for accommodations for the railroad tracks and right of way.

One report noted that “stretching” the Minneapolis campus across the Mississippi River to the Riverside or West River area looked to be “by far the most advantageous area for expansion of instructional facilities.”

As the University moved ahead with plans to stretch campus to the West Bank, or Riverside neighborhood, a writer and photographer for The Ivory Tower, a regular literary and artistic supplement to the Minnesota Daily, interviewed and photographed residents, business owners, and area teachers about the University’s proposed stretch across the river. The essay “University Expansion – What they think across the river” appeared in the May 27, 1957 Ivory Tower. 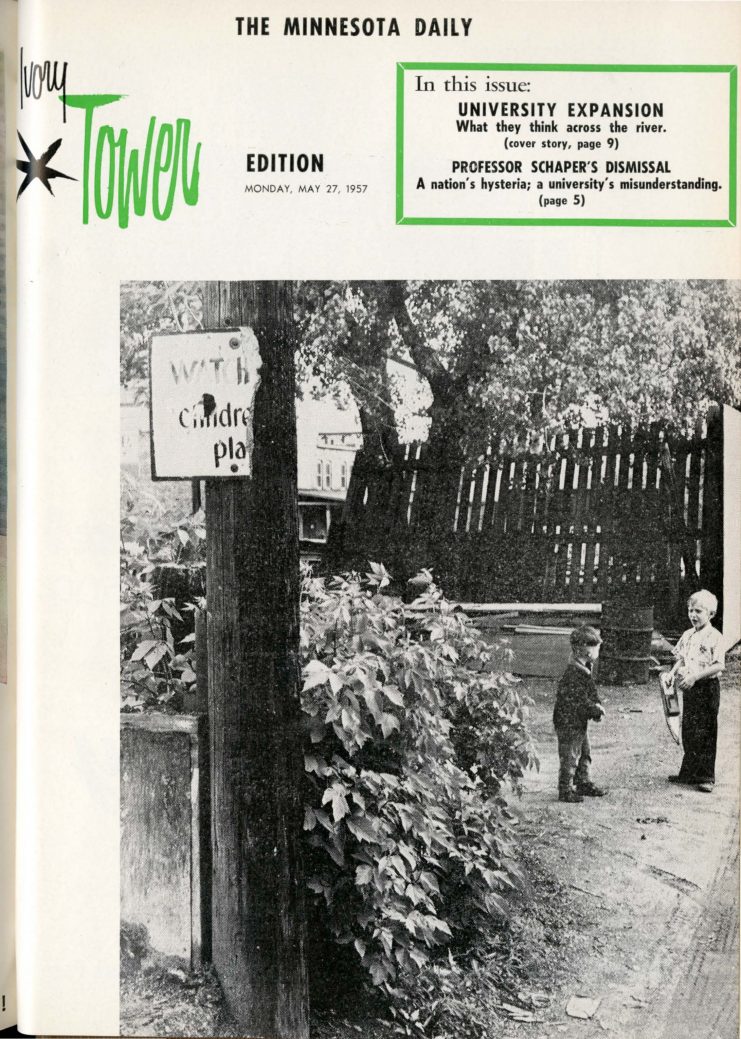 I have shared just a slice of the West Bank story. More details about the how the West Bank came to be are yours to explore in the Gone Into History online exhibit. Another slice of the story – that of Wilson Library and its beginnings – will be coming later this month. 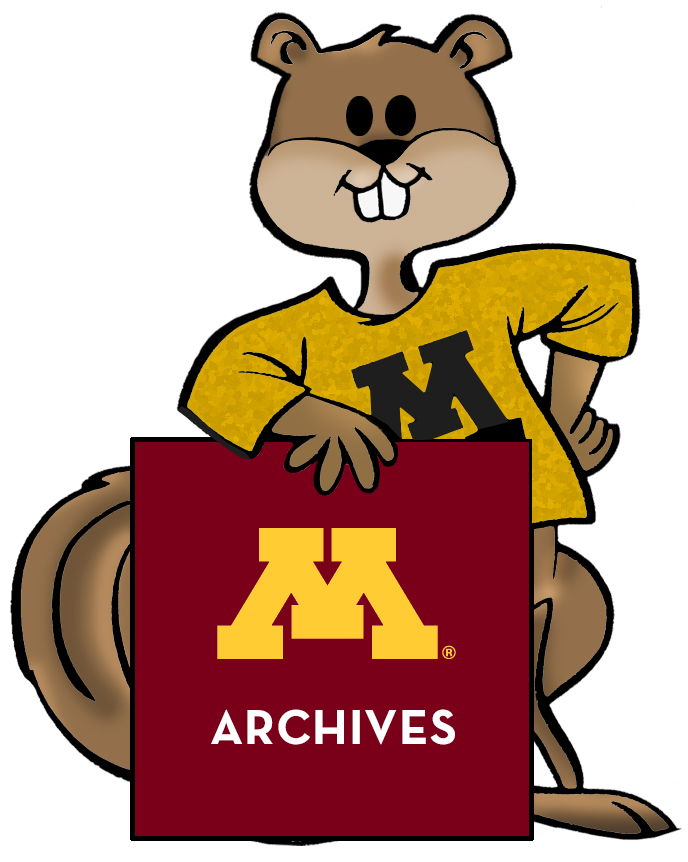