Creamy the hen fell on hard times after losing her foot this past winter. Thanks to her loving owners and the Makerspace at the Bio-Medical library, she has a new foot and a chance for a happier and healthier life!

Creamy is a 3-year-old Buff Laced Polish hen. She knows her name and comes when she is called. People may think of chickens as livestock, but many live as beloved pets. That is why her owners, Melissa and Alex Jokela (both employed at the University), embarked on a journey to find her a prosthetic foot that could improve her quality of life.

It was one of those extremely cold, subzero temperature days in January 2018. When the Jokelas went into the coop to do an evening headcount before locking the chickens in for the night, they noticed something was wrong with Creamy.

Creamy’s absolute favorite place to hang out was a spot on top of a four-foot-high fence rail, underneath a wind chime that hangs from the coop.

“On that cold day in January, as the day wound down, Creamy hopped up to her old roosting spot on the fence. Unfortunately, sitting on the fence likely left her feet not entirely tucked up and under her underfeathers,” Melissa Jokela explained. Creamy lost her right foot due to frostbite.

The Jokelas decided to remove her from the coop and into their house to keep Creamy safe, providing supervised free range time outside.

While Creamy was kept safe and could hop around on one foot after she recovered, the missing foot was having a negative impact on her health. In addition to increasing her susceptibility to hawks in the area, it also made her a target to get bullied by the rest of the flock — as her limited mobility took her down a notch on the pecking order.

Makerspace to the rescue!

In hopes of creating the best possible solution, Jokelas obtained and customized a design for a 3D printed prosthetic chicken foot.

“We found an article in a University of Calgary newsletter that featured a student named Doug Kondro who had developed feet for a rooster named Foghorn,” said Melissa Jokela.

They were able to use Kondro’s designs for a small fee and an agreement to not share the original 3D printing files. Now the Jokelas just needed access to a 3D printer.

“Peg Sherven, my co-worker, heard about my printing issues and wondered if the Makerspace would be able to help,” said Melissa Jokela.

Sherven, who is the Academic Technology Coordinator at the Academic Health Center, then put the Jokelas in touch with Jonathan Koffel and Rami Jubara, who oversee the University Libraries’ Bio-Medical Library Makerspace.

This introduction started a collaboration that would lead to a new foot for Creamy.

“Alex would do all the designing and modifications to the file,” said Jubara. “My role for this particular project was to adjust the size percentages of the design so that the foot would fit properly.”

Makerspace users typically print their 3D printed projects themselves, receiving support from Makerspace volunteers and staff to facilitate hands-on learning. For this unique project, Jubara offered his expertise on scaling the prosthetic foot designs and printed each version to help the Jokelas find the perfect fit for Creamy.

One of the greatest things about 3D printing is the potential to develop highly customized, inexpensive prostheses to improve the quality of life for patients — both human and animal.

While it took a few tries to get the perfect fit, Creamy is now enjoying her new foot. She can live a much more active life, thanks to the efforts of the Jokela’s, Kondro’s designs, and the expertise and tools available at the Libraries’ Makerspace in the Bio-Medical Library.

We are happy that the Libraries have been part of Creamy’s journey. 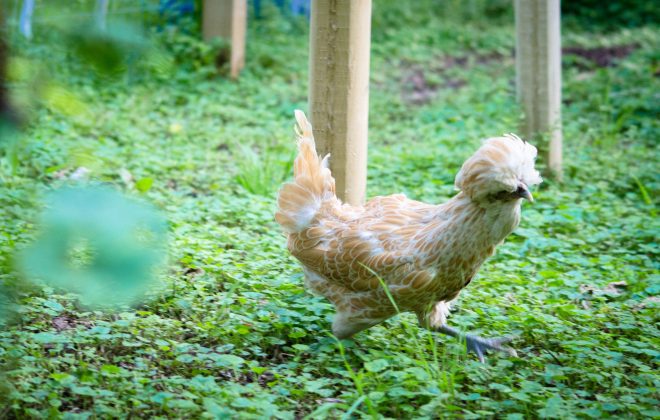 Creamy is thrilled to be able to run again! 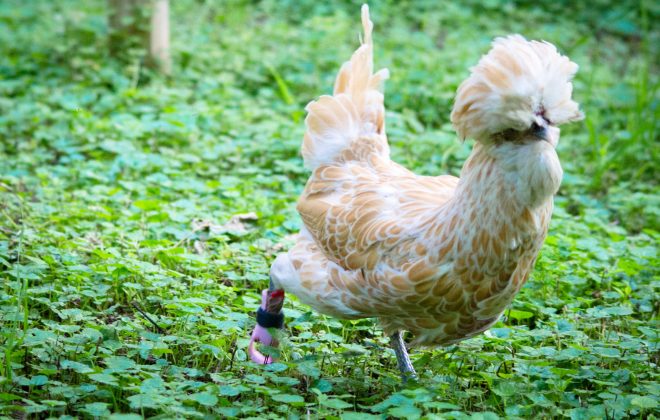 Creamy demonstrating that she can now move more easily with her 3D printed foot. 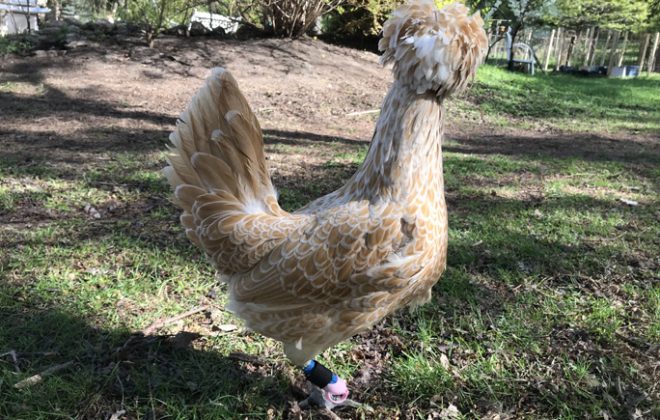 Creamy trying out the first version of her 3D printed prosthetic foot. 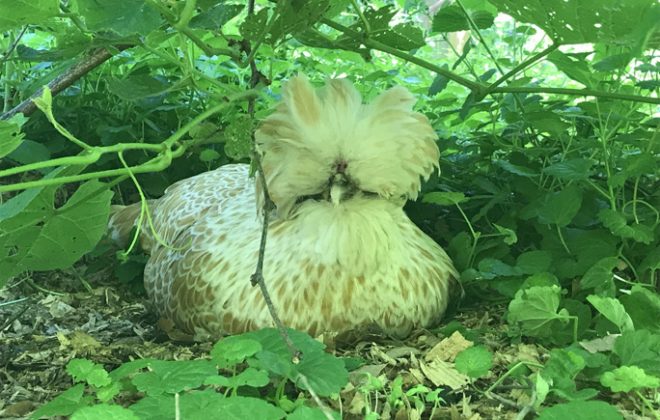 Creamy hanging out in one of her favorite spots: the grape patch! 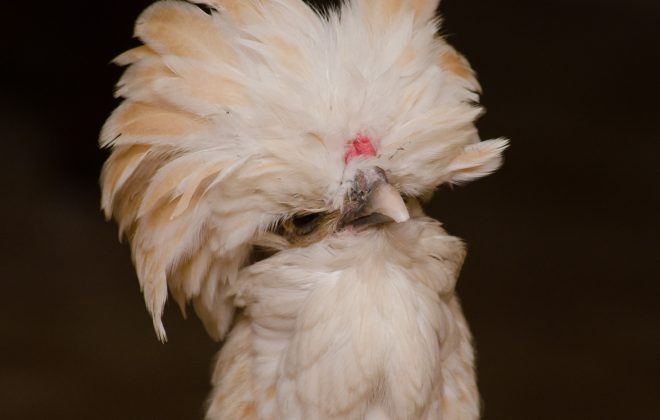 A close-up of Creamy