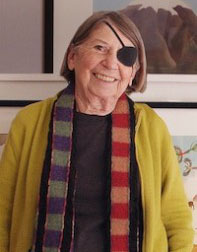 Her Daughter Nina Crews reflects on her life and the Brooklyn Public Library Retrospective Exhibit.

“Ann Jonas, author and illustrator of numerous picture books, died in Rhinebeck, N.Y., on September 29 at the age of 81, with her husband and two daughters at her side.

Born in Flushing, Jonas attended The Cooper Union for the Advancement of Science and Art, where she met her future husband, Donald Crews. After graduating, Jonas worked in the graphic design industry until she and Crews moved to Frankfurt, Germany, where he was posted after being drafted into the army. Upon returning to New York City, the couple worked as freelance graphic designers.

In the late 1970s, Crews began writing and illustrating children’s books and convinced Ann to follow suit several years later. She published her first picture book, When You Were a Baby, in 1982, and 15 additional titles, many released by Greenwillow, followed. Her books include Round Trip (1983)

“I’ve been trying to explore other ways of stretching children’s imaginations,” said Jonas of her work. “I find myself drawn more and more often to designing books that involve some sort of visual play. It seems like a wonderful opportunity to encourage children to look at familiar things in different ways while offering the appeal of a game or a puzzle. If I can also deal, even only lightly, with some of a child’s deeper concerns, then I feel that I’ve served him or her as well as I can.”

Stars Beneath Your Bed: The Surprising Story of Dust, won the 2006 AAAS/Subaru SB&F Prize for Excellence in Science Books and was named an 2006 ALA Notable Children’s Book. 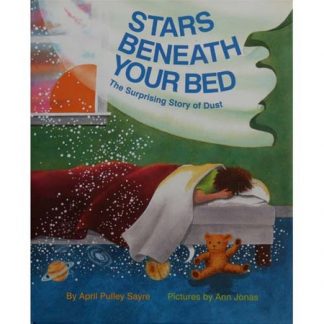 “A longtime admirer of Jonas, Greenwillow v-p and publisher Virginia Duncan, said, “One of my favorite picture books of all times is Aardvarks, Disembark! So when I was hired by Susan Hirschman in 1995 and actually had the pleasure of not only meeting Ann but also working with her, Susan, and art director Ava Weiss on Watch William Walk and Bird Talk—when there were lots of bird calls and laughter in the office—I was thrilled. Round Trip is extraordinary, and I remember the day Susan handed it to me and then sat back and watched it work its brilliant magic. We reprint Ann’s books constantly, so I know they will be in classrooms and libraries and homes for years to come. I always hoped, though, that we would publish another Ann Jonas picture book.”

From the National Center for Children’s Illustrations

The National Center for Children’s Illustrated Literature produced an exhibition of the work of the the Crews/Jonas family.