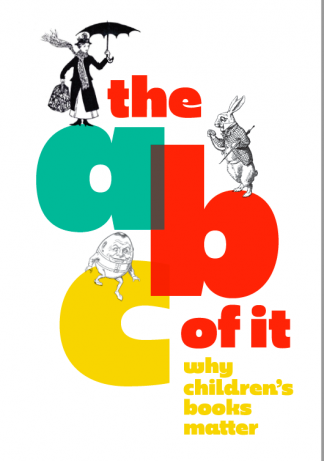 In January 2019, The Children’s Literature Research Collections (CLRC) of the University of Minnesota’s Archives and Special Collections will mount an exhibition that will follow the outline of the exhibition at the New York Public Library(NYPL) entitled: The ABC of It: Why Children’s Books Matter (2013-2014).The NYPL exhibition was viewed by a record-setting 540,000 visitors from around the world. For the New York Times review, click here.

Leonard S. Marcus is one of the world’s leading authorities on children’s books and their illustration.

He is the author of Minders of Make-Believe; Dear Genius: The Letters of Ursula Nordstrom; Margaret Wise Brown: Awakened by the Moon, The Wand in the Word; Golden Legacy; and Randolph Caldecott: The Man Who Could Not Stop Drawing. In addition, he is the editor of Maurice Sendak: A Celebration of the Artist and His Work. A frequent contributor to the New York Times Book Review, Mr. Marcus lectures throughout the world and is currently on the faculty of New York University and the School of Visual Arts.

A profile of Leonard Marcus and the exhibit in The Atlantic states,

“A good children’s book is a young person’s earliest exposure to art and design, a conduit for parental bonding, a means to teach individual and social lessons, and these days, possibly the last vestige of printed matter for the next digital generation as it weans itself from ink on paper to pixels on screens. All of these things become quite clear upon observing the New York Public Library’s fittingly titled “The ABC of It: Why Children’s Books Matter,” curated by children’s book historian Leonard Marcus. Recently opened, the show focuses on what makes kids’ reads essential in art, culture, and in the overall imagination.” 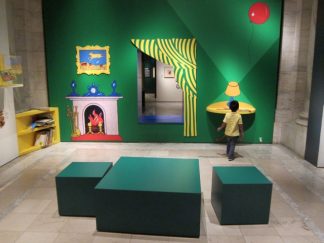 The ABC of It at the NYPL

drew on collections across the Library to present the literature for children and teens against a sweeping backdrop of history, the arts, popular culture, and technological change. The books and related objects on view reveal hidden historical contexts and connections and invite second looks and fresh discoveries. Books for young people have stories to tell us about ourselves, and are rarely as simple as they seem.

Our Kerlan volunteers, St. Kate and MCAD interns, exhibit and digital staff are already in the process of creating The ABC of It  (the Kerlan edition) using the materials held in our collections following Leonard Marcus’s structure and his curatorial labels.

An example from the New York Public exhibit. 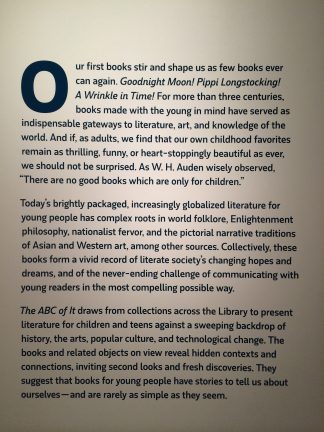 The exhibition was set up in somewhat chronologically, starting with the The New-England Primer, which was entirely focused on a child’s spiritual salvation, and ending up with contemporary and popular culture titles. 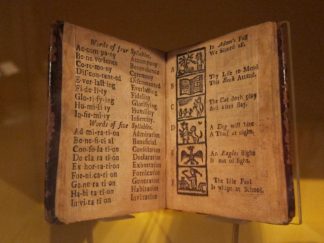 We will be selecting rare books, manuscripts, sketches, and finished art to support Marcus’s  insights. The treasures of the Kerlan Collection from original art of Wanda Gag’s Millions of Cats to Maurice Sendak’s sketches of children from A Hole Is to Dig to Gustaf Tenggren’s Poky Little Puppy are the perfect companions to Leonard Marcus’s words. 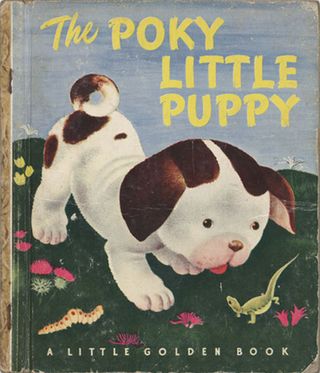 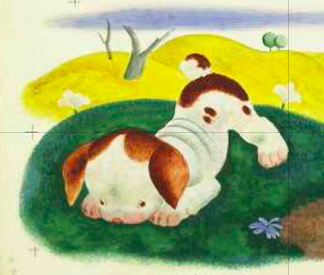 “Behind every children’s book is a vision of childhood: a shared understanding of what growing up is all about.” Leonard Marcus, The ABC of IT: Why Children’s Books Matter.

Think of our exhibit as if it is a Broadway revival of a beloved, missed, and award winning musical.

Over the next few months, I will be giving a taste of what is to come by posting images and text as the exhibit begins to come together.

Did you get to go to the NYPL exhibit? What was your favorite moment? 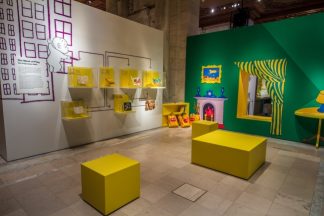 Support for this exhibit has been provided by The University of Minnesota Libraries, The Kerlan Friends, The Karen Nelson Hoyle Fund, and Jo Ann Jonas. A special thank-you to The New York Public Library for their generosity and support.

A short tour of the original exhibit. 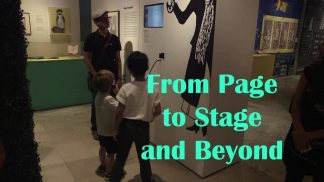