I’ve been meaning to write an article about tattoos inspired by our University Libraries collections for some time now.

My intention was to tell a fun and light-hearted story, but along the way I met Jason Herbert and it all got a lot more interesting.

I refer to Jason by his first name, though we have never met in person. Jason is in Florida now as he works on his doctoral program in American History from the University of Minnesota. We’ve only corresponded in writing, but because he has been so open when sharing his story, it just seems right to be on a first-name basis.

Jason’s dissertation, “Two Beeves and a Bottle of Brandy,” offers a glimpse into his ability to tell a great story, and the story behind his tattoo is no exception.

“I actually always detested tattoos,” Jason admits. He says they reminded him of people who drew on themselves at school and that their permanence always turned him off.

“I imagined how perfect my little boys are to me and how I’d hate for them to scar themselves in a similar way,” he adds.

But then life happened. Jason’s divorce three years ago began a reevaluation of his life. Since that time, he has gotten tattoos — two actually — that have grounded him in his personal history.

A turtle and a Blackbeard tattoo now adorn Jason’s forearms, and both of these tattoos carry meaning for him.

Jason’s mother is connected with the water. She is a professional bass angler, after all. His father was a tremendous hunter and fisherman who earned the nickname “Bear”. Though they were not close before his death, Jason makes a connection with his dad through the land.

Generations of Jason’s family have made their living as catfishermen in Kentucky, where he was born. Florida became his second home when he was 22 years-old. While there, he created a bond with the ocean.

“I’ve been drawn to the turtle because it is an animal that lives in both land and sea,” says Jason. “It, like me, is the product of two worlds and navigates between them,” he explains.

Emily is the Assistant Curator at the Wangensteen Historical Library. Jason said that Emily had such a great idea of what he wanted and that he just loved the image she sent.

It was significant to Jason that the image was from 1645, when people were discovering this world in new ways and relating their impressions back home. It also made a meaningful connection with his love for animals and history, along with his fondness for the time he spent at the University of Minnesota.

“The image Emily selected just made so much sense,” said Jason. “I knew immediately that the turtle she sent was it — it was that quick.”

And thanks to a cancellation, Jason was able to make an appointment with his tattoo artist for the next day where he spent three hours and a chunk of change in exchange for an amazing turtle tattoo.

Jason has now had the turtle tattoo for several months, and he (thankfully) still loves it. “This tattoo is such a fun way of sharing history with people,” said Jason. “It opens so many conversations with strangers about turtles, the Atlantic, and history in general,” he added.

He plans on getting more Libraries-inspired tattoos and has asked Emily to keep an keep an eye open for images of bears in North America depicted during the colonial era.

“I’m still confronting how I feel about my father, but want a bear tattoo for him,” he shared.

Working with the Libraries 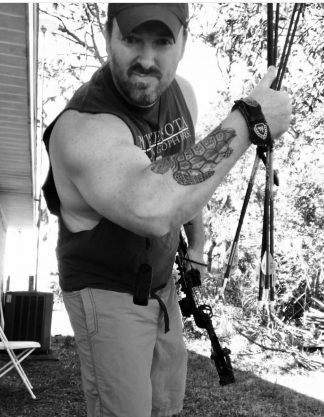 Jason encourages others to connect with the Libraries if they have an interest in finding a tattoo that is meaningful to them.

He says that historians and curators are usually excited to share history in unexpected ways and that you should ask them for help.

As a curator and historian, Emily could not agree more, “Collections like the Wangensteen’s are full of inspiration for really interesting and beautiful tattoos like Jason’s,” she says. “I’m happy that Aldrovandi’s turtle has new life in a different art form!”

The Wangensteen Historical Library’s collection represents over 500 years of scientific discovery, innovation, and exploration. Its books include images of animals, plants, people, and environments that make for really exciting subject matter for all kinds of artwork.

This collection joins the other University Libraries collections that span subjects such as children’s literature, cookbooks, maps, music, architecture, journalism, math, history, sciences, and more – so there is bound to be a perfect image for just about everyone.

My light-hearted tattoo story has turned into a story about discovery and healing — and this makes for a happy ending that is in perfect keeping with the Valentine’s season, reminding us that it is never too late to follow your heart, and that libraries have the power to transform.