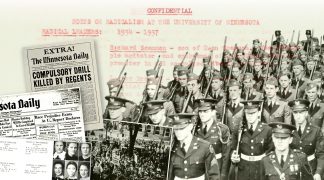 Political battles raged at the University of Minnesota from the 1930s to the early 1940s between students and administrators. The campus was divided over issues, which included racial and economic equality, opposition to war, and student rights. Racism and antisemitism were part of campus life. University administrators, with a few important exceptions, were architects of the racially segregated, publicly-financed housing on campus, and approved off-campus housing where Jews were also not welcome.

University of Minnesota presidents, deans, and other administrators routinely subjected students and faculty to surveillance and attacked progressive student activism in order to create a campus in the narrow and distorted image of an “America First” nation. Some provided information to politicians about student activists to aid their quest to demonstrate that communists had “infiltrated” the University. They sought to influence the appointment of Regents.

Despite the ongoing efforts by administrators to suppress student activism and maintain segregated housing, student activists were remarkably successful at creating change. They succeeded because of alliances forged across political, religious, and racial lines. Coalitions extended beyond the campus and included local African American and Jewish communities as well as the Farmer-Labor party. Together, they began the ongoing struggle for an inclusive University committed to political freedom.

University life offered the opportunity to engage global, national, and state politics, both in the classroom and on the campus, where the most important issues of the day mattered deeply. Students were willing to fight for the ideas and principles that would shape the rest of their lives.

What: A Campus Divided: Progressives, Anti-Communists, Racism, and Anti-Semitism at the University of Minnesota, 1930-1942
When: August 14 through December 22, 2017
Where: Elmer L. Andersen Library Atrium Gallery
Hours: During regular business hours for Andersen Library 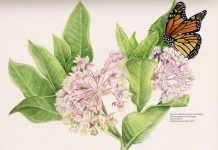 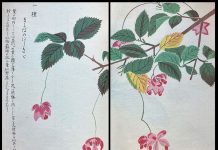