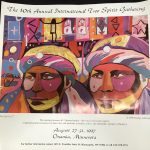 The Tretter Collection, which already held the largest Two Spirit Collection in the world, has been able to triple its holdings in the last year. When the new material is processed and available for researchers, it will provide rich information on Two Spirit organizing, including the first International Two Spirit Gathering held in Minneapolis in 1988. This collection helps give voice to underrepresented voices in mainstream and GLBT histories.

Note: Two Spirit is the usually preferred term used by American Indians to describe gender variant members of the community. It is sometimes used to refer broadly to the American Indian GLBT community.

Photo of the original Amazon Bookstore

The Tretter Collection was given a photo most had assumed did not exist – the original location of the Amazon Bookstore on Cedar Avenue. Donated by Shirley Duke, this photo documents the origins of the first lesbian feminist bookstore in the United States, which opened in Minneapolis in 1970. It complements the organizational records already in the collection covering the business activities and community role of Amazon Bookstore (1970-2012). 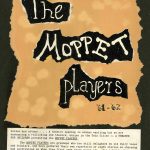 The Moppet Players was the first full-time theater for children in Minnesota, and the direct predecessor of the Children’s Theatre Company. Founded in 1961 by Beth Linnerson, The Moppets’ mission expanded beyond theater for entertainment to include teaching and working with the local community through the arts. The collection includes photographs and press clippings from the first four seasons, including the productions Pecos Bill, Tyll’s Merry Pranks, and The Reluctant Dragon. Also included are notes about performances spaces at Mama Rosa’s and an abandoned police station converted by The Moppets. 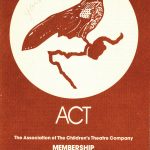 In the Heart of the Beast Puppet and Mask Theatre Records


The Hennepin Theatre Trust was established in 2002 in order to preserve and grow the artist community in West Downtown Minneapolis, including the four theaters of Hennepin Avenue – the Orpheum, State, Pantages, and New Century. The Hennepin Theatre Trust archives include an extensive collection of press clippings and documentation of the work of Joan Vorderbruggen and the Made Here series. 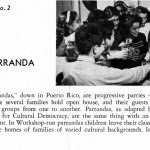 Nicholas Montalto recently donated 13 boxes of his professional papers, documenting his career as President and CEO of the International Institute of New Jersey. Material on projects and organizations such as the New Jersey Immigration Policy Network, the Multicultural Institute, and the Coalition for Cultural Democracy are also included, as is correspondence with Rachel Davis Dubois regarding the intercultural education movement.

About the photo: An excerpt from The Workshop for Cultural Democracy brochure, circa 1950, explaining a recommended “technique” for sharing culture, Parranda.

The Experience of Thomas H. Jones, Who Was a Slave for Forty-Three Years. Written by a Friend, as Given to Him By Brother Jones. (1849) 1857.

The Givens Collection acquired a rare 1857 edition of this historic slave narrative originally published in 1849. It is held in only 71 other libraries in the world. Also available through Umbra: Search African American History (umbrasearch.org). 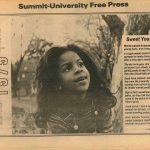 The Summit-University Free Press was a nonprofit independent newspaper based in the Summit-University neighborhood of St. Paul, Minnesota. Founded in 1974 and created entirely by residents of the Summit-University area, the newspaper reflects the views and concerns of the neighborhood. The paper is progressive in its discussion of race and in its support of other issues, including gay rights and an entire issue written with genderless pronouns in 1978. The collection contains issues from 1974 to the end of the paper’s run in 1988. 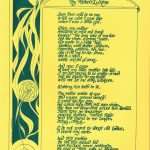 Margaret Mary Hasse is a teacher, arts administrator, arts consultant, poet, and lifelong diarist. The author of five collections of poetry, she is also the recipient of the 2009 Midwest Independent Publishers Association poetry award for Milk and Tides (2008). Her work has brought her into contact with numerous Twin Cities arts and literary organizations, such as COMPAS and SASE: the Write Place. Her papers include published work, project files, teaching records, and a collection of poetry posters and broadsides from writers across Minnesota. 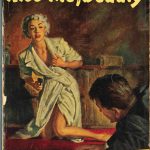 The Paula Rabinowitz Collection of Pulp Fiction, now part of the Upper Midwest Literary Archives, includes the pulp library of U of M English Professor Paula Rabinowitz. The books served as the inspiration for Rabinowitz’s 2014 book, American Pulp: How Paperbacks Brought Modernism to Main Street. The collection includes about 400 titles collected by Rabinowitz over the past 50 years. Rabinowitz’s papers will be part of University Archives. 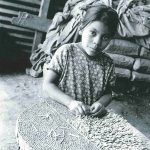 The Social Welfare History Archives has accessioned a significant collection of photographs by David L. Parker, M.D., M.P.H. Since 1992, Parker, an occupational physician and epidemiologist, has worked to document child labor and industrial working conditions. His powerful photographs record working and exploited children in Bangladesh, India, Nepal, and other locations. The collection is an important addition to the Archives’ holdings on child labor and child welfare. 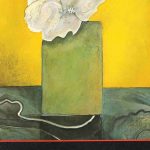 Comprising 47 boxes, these materials document international affairs from the 1970s through the 1990s. In his role in the International Division of the YMCA of the USA, Frank Kiehne worked with international YMCAs, helping them play important peacekeeping roles in the midst of war, disaster, and conflict. These materials demonstrate the work of the global YMCA movement to help refugees. The last period documented is the 1990s when Kiehne served as the foreign affairs advisor to Congressman Donald M. Payne. 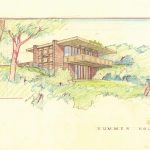 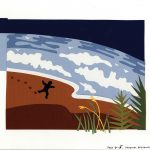 After 32 years in Minnesota, author and illustrator Debra Frasier relocated to her home state of North Carolina. In anticipation of her move, she donated several decades of accumulated work in the children’s book industry, including original artwork, manuscripts, proofs, and other production material to the Kerlan Collection. The collection holds the record of a vibrant and beloved slice of Minnesota’s recent children’s book history, which will appeal to scholars and students alike.

About the photo: Collages illustrating Debra Frasier’s
On the Day You Were Born: A Photo Journal.

Communists Must Give Revolutionary Leadership in Culture

This unpaginated six-page pamphlet was published in 1965. It contains Henry Flynt’s anti-art manifesto calling for a Communist “contraction” of art and recommending an increase in the productivity of labor, equality and solidarity among workers, and an end to escapism through various forms of culture and media. The pamphlet is accompanied by four pages of appendices cited in the manifesto. This piece supplements other Fluxus materials in the Gorman collection.

Adding to its already extensive collection of 19th-century illustrated periodicals, the Gorman Rare Art Book Collection acquired the rare complete run of the journal, Gil Blas Illustré. Year I, no. 1 (28 June 1891) through Year 13, no. 33 (14 August 1903). The 13 volumes are in the original illustrated covers. Gil Blas Illustré was the richly illustrated weekly supplement to the daily unillustrated, Gil Blas. They contain literary contributions and illustrations by key figures in fin-de-siècle Paris.

A significant acquisition from Japan is Genryo Hirano’s Kyukyu tekiho [trans. Military Medicine & Surgery], 1853. Written in response to Admiral Perry’s arrival in 1853, this book instructs the general population about military medicine in anticipation of a war with America. Chapters include discussions on pharmaceutical recipes, gunshot wounds, bandaging, and frostbite. Among the interesting illustrations are several scenes depicting the repair of dislocations.

A Discourse on the preparation, preservation, and restoration of malt-liquors

The Wangensteen Historical Library acquired this extremely rare work on beer and ale by anonymous author C. J. P. A. One of the most interesting chapters discusses the various health properties of barley and malt. Among its many medicinal properties, barley is said to help balance the humors and cleanse the kidneys and bladder. Other chapters discuss the kinds of grain proper for malt, the vertues [sic] of barley and malt, brewing and fermentation. 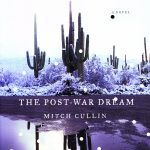 The Sherlock Holmes Collections received an initial donation from Mitch Cullin for his complete creative output as a writer. Cullin’s 2003 novel Tideland was adapted for the screen and directed by Terry Gilliam. Likewise, a film version of his critically acclaimed 2005 novel, A Slight Trick of the Mind, appeared in 2015 as Mr. Holmes, starring Sir Ian McKellen. The first eight boxes of an estimated 30 boxes of papers arrived in April 2016.