We hope you enjoyed our story on April Fools’ Day! By the way, we really do have thousands of maps that feature sea serpents and sea monsters in our James Ford Bell and Wangensteen libraries.

Sea serpents — mythical creatures from the middle ages — have been spotted recently in the Mississippi River by members of the University of Minnesota Women’s Rowing Team.

The sightings coincide with the recent discovery of a campus map from 1935 that clearly depicts a sea serpent swimming in the river. The map was unearthed late last week in the archival caverns below Elmer L. Andersen Library by University Archivist Erik Moore.

At first, the eyewitness reports were thought to be a prank, but marine and freshwater biologists at the University of Minnesota are taking it seriously.

“People call them sea serpents or sea monsters, but they’re likely a form of river life that may have gone undiscovered until now,” said Martin Omdahl, a professor of potamology with the University’s Freshwater Biological Institute. “We heard reports of these sightings a few years ago and, if true, the serpents, or fish, might be similar to the oarfish, a rarely seen saltwater fish that can grow to 40 feet in length.”

“It was long and skinny and really, really ugly,” said Megan Carlson, a junior on the Gopher Women’s Rowing team, who spotted something resembling a sea serpent swimming near her 4-plus coxswain on Monday afternoon. “My teammates thought I was joking — or crazy — but the next day, we saw three of them under the Washington Avenue Bridge.”

“Oh my God, it was so scary,” said Hailey Lindgren, a sophomore rower. “They were about 30 feet long and about a foot in diameter with bony fins.”

She said the creatures were within 10 feet of the boat and that they observed them for about five minutes before the serpents dove below the surface and disappeared from sight.

Rich history of serpent lore in U of M library collections

Lois Hendrickson, curator of the Wangensteen Historical Library of Biology and Medicine, said that the serpents depicted on the 1935 campus map appear similar to those in the early modern maps and books held at the Wangensteen and James Ford Bell libraries.

“At the University Libraries, we have literally thousands of maps and illustrated national history texts that include drawings of sea monsters and sea serpents,” Hendrickson said. “Were they real? Did they migrate to Minnesota? I’ll leave that up to scientists to determine.”

Based on the 1935 campus map and the eyewitness reports, Omdahl said he and a team of U of M freshwater biologists are preparing for an exploration of the river later this spring.

Climate change cited as possible factor in return of serpents

“Climate change might be playing a role here,” Omdahl said, noting that the harsh winter of 1935-36 might have killed off the local population at that time. He said the creatures may have returned over the last decade or so and thrived in the increasingly moderate winters in Minnesota.

“We really don’t know what we’ll find, but this truly could be a remarkable research finding for the University of Minnesota — rivalling the Coelacanth,” Omdahl said, referring to the 1938 discovery of a “living fossil” fish off the coast of South Africa. Before that finding, the Coelacanth was thought to have been extinct for 66 million years.

“At the University of Minnesota, we are truly Driven to Discover,” Omdahl added, “but never more so than on April 1!” 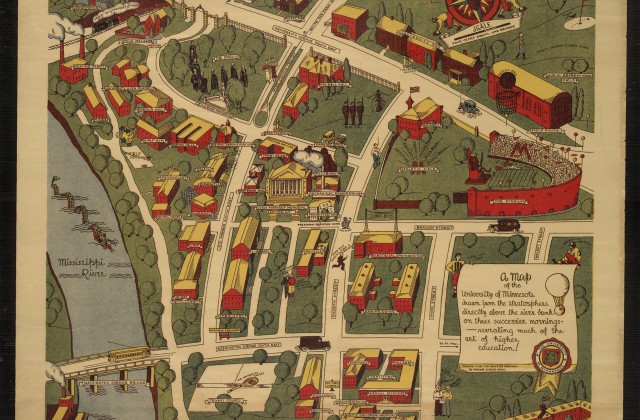 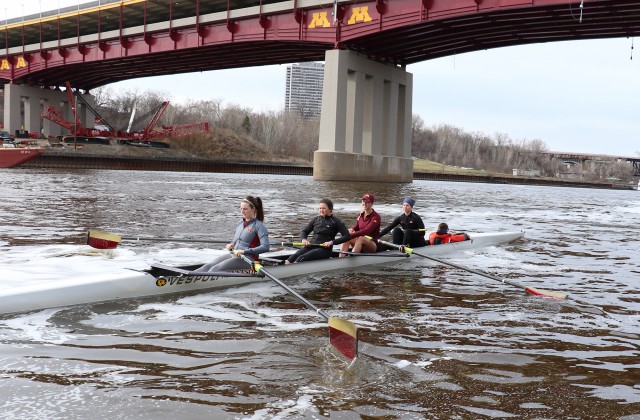 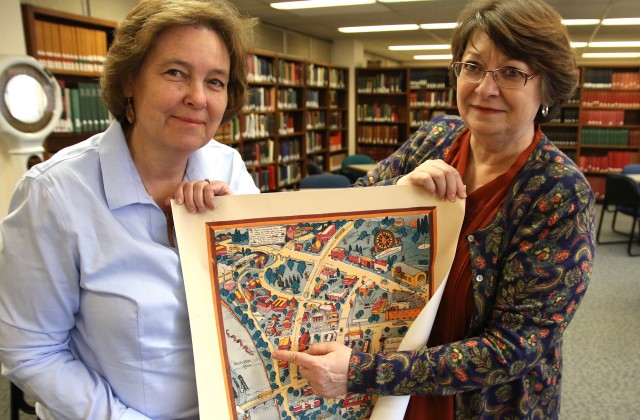 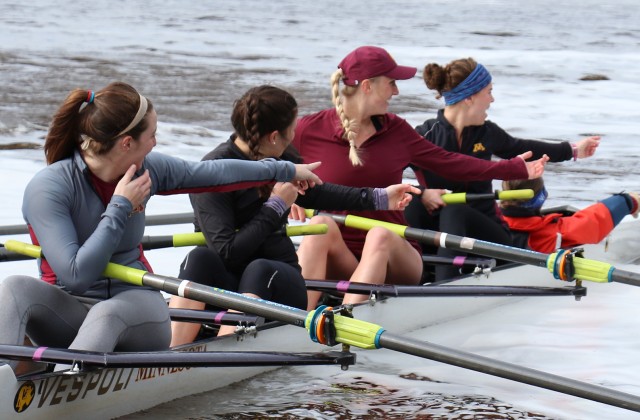 Rowing team points to where they spotted sea serpents 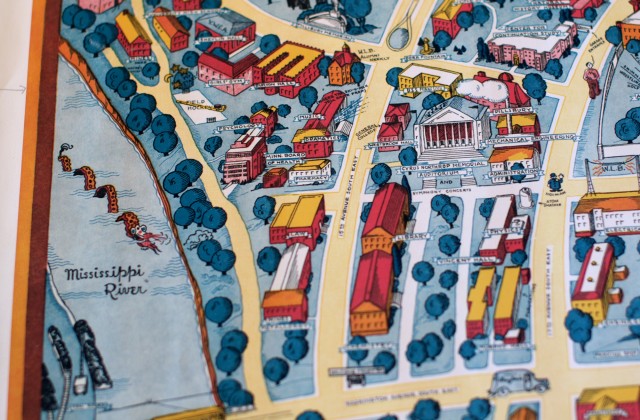 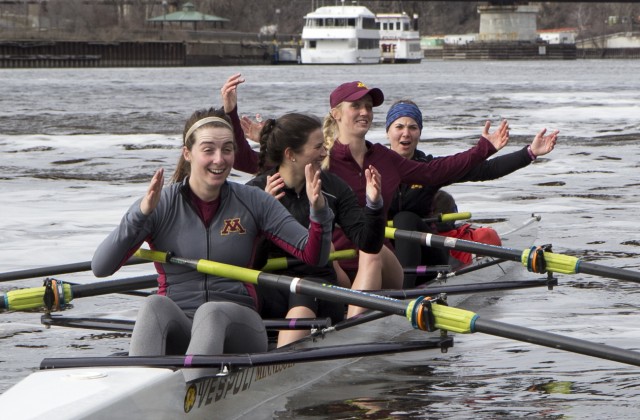 Rowing team describes the size of the sea monsters 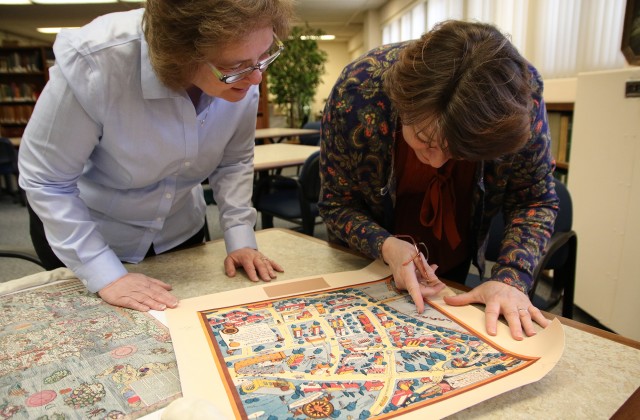 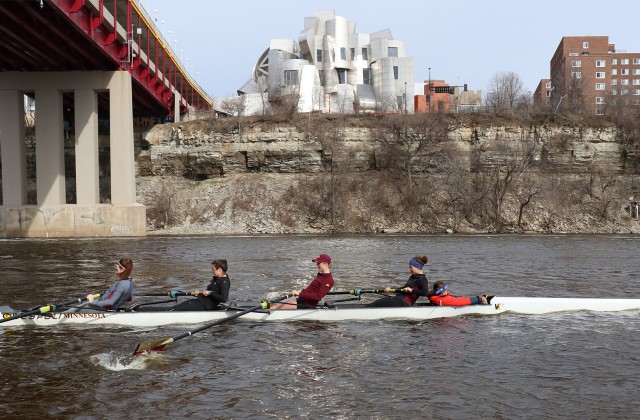 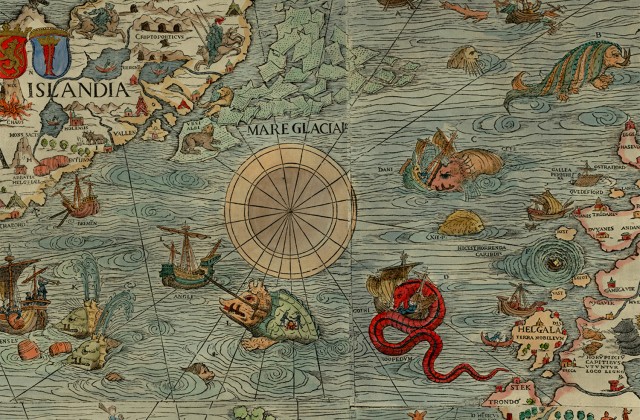 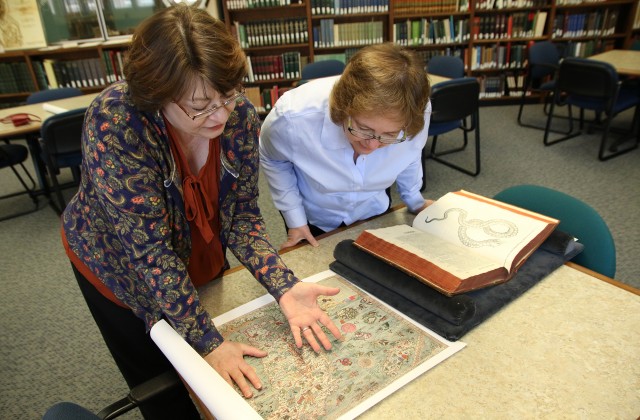 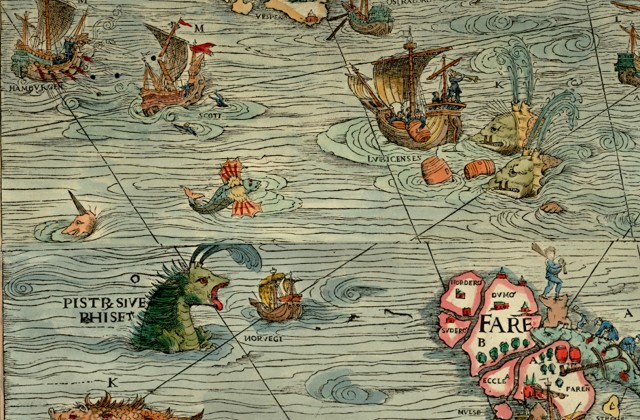 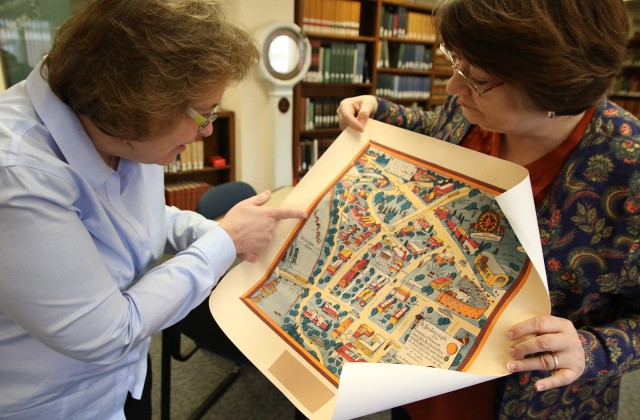 Lois Hendrickson points out the sea serpent in 1935 campus map 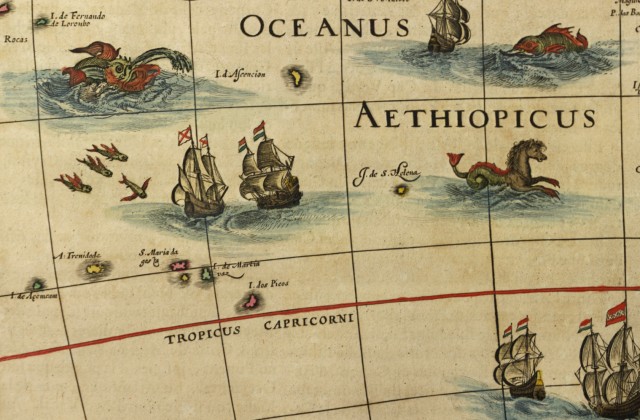 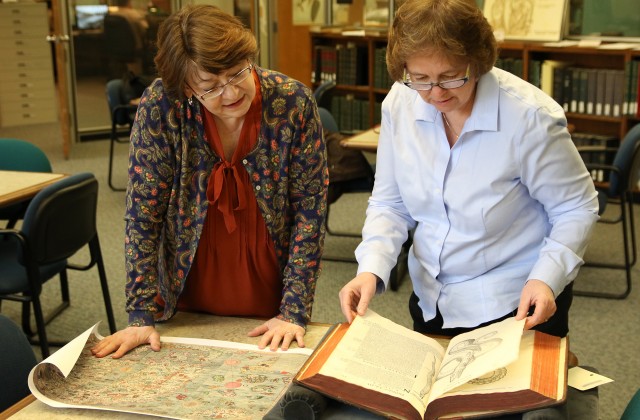 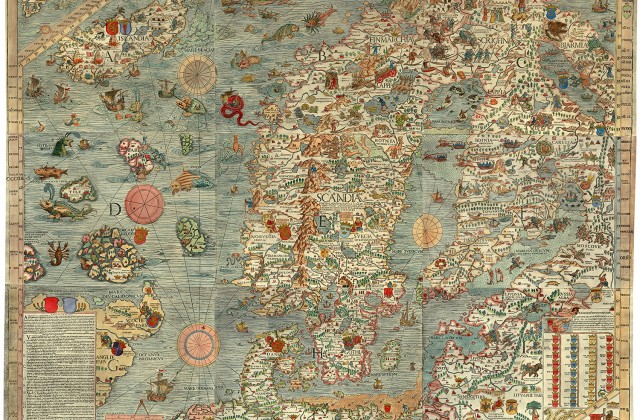 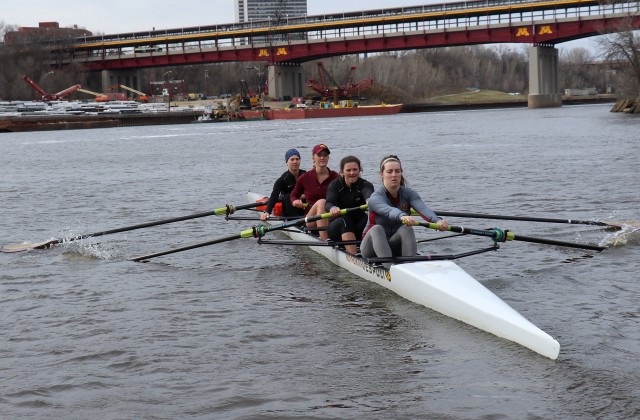 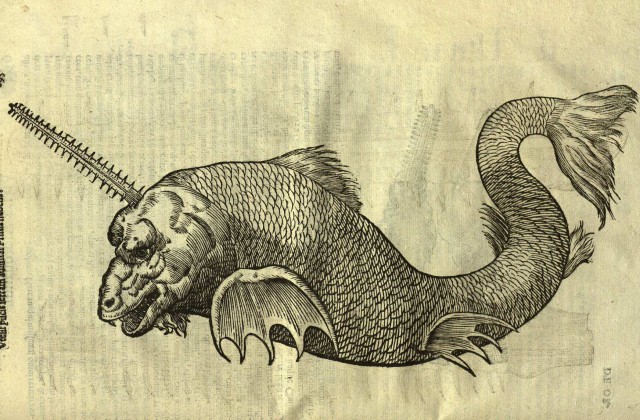 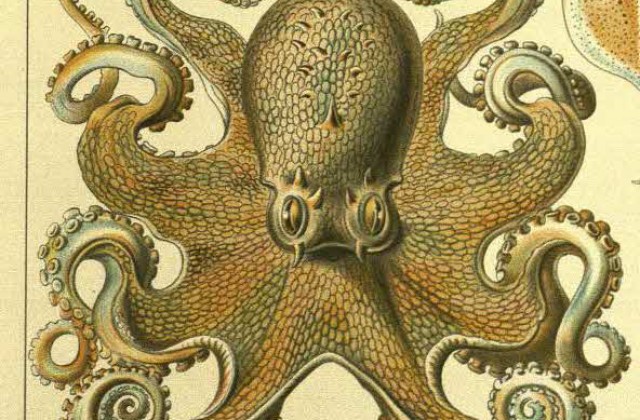 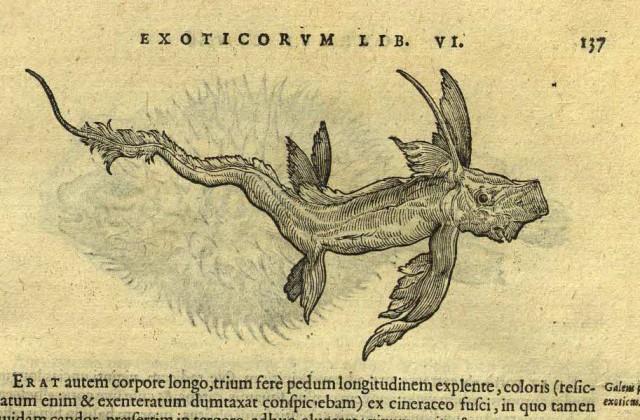 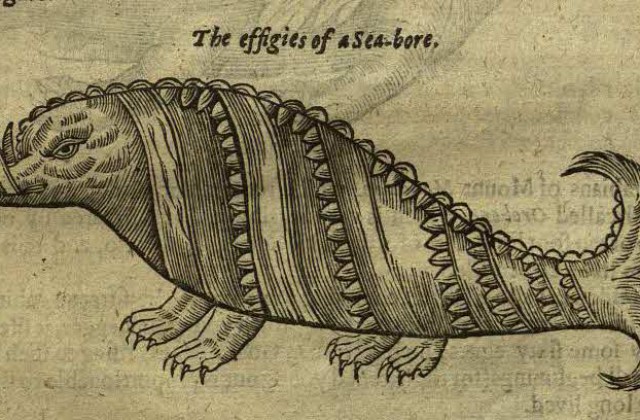