“Turns out there really are recipes for disaster,” begins Kim Ode in her recent Star Tribune article. “Not only that, but they were bound in books along with recipes for butter cake, for homemade soap, and for growing a full head of hair,” she continues.

In this article, Ode details her conversation with Lois Hendrickson and Emily Beck of the Wangensteen Historical Library. They talk about the old recipe books in the library’s collection that date back to the mid-1400s to the early 20th century.

Historical recipes, it seems, are not a thing of the past.  They are useful tools to learn more about the society at the time of their writing.

“Just because there were lots of mad dog recipes doesn’t mean there was lots of rabies, but that people were so worried about it,” said Beck. “Same with recipes to fight the plague.”

Historical recipes can also be delicious – or not – as Hendrickson and Beck found out as they recreated an 1820 recipe for Portugal Cake found in the collection.

Did the cake taste good, with a pound each of flour, butter, and sugar, along with 10 eggs? Apparently so. In the end, though, it didn’t really matter. “We don’t re-create for deliciousness,” Beck said. “We re-create for scholarly value and occasional deliciousness.” 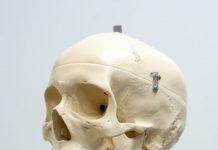 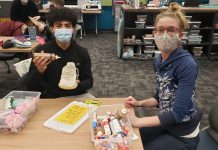