Our earliest history dates to 1963 when we began as the “Immigrant Archives” within the University of Minnesota Libraries, with the goals to fill gaps regarding many immigrant groups not well documented elsewhere. In 1965, the College of Liberal Arts in collaboration with the University Libraries chartered a Center for Immigration Studies. This Center was renamed the Immigration History Research Center (IHRC) in 1974.

From 1965 through 2013, the archives and library was managed in cooperation with the Center’s other research and programmatic work. In 2013, these collections returned to the University Libraries, now within Archives and Special Collections. Throughout these five decades, we and our friends and supporters have succeeded in preserving and sharing important sources on migration to and through the United States and contributing in very meaningful ways to scholarship, community-based academic work, and archival practice. We are now one of the nation’s leading archival/library repositories of source material on im/migration and ethnicity.

‘People on the Move’ exhibit 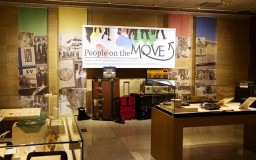 We are celebrating our anniversary with an Andersen Library Gallery exhibit: People on the Move: 50 Years of Documenting and Researching Migration Experiences at the Immigration History Research Center & Archives. The exhibit, curated by Ellen Engseth and Daniel Necas and designed by Darren Terpstra, is open to the public and will run through January 22, 2016. People on the Move presents the two themes of global migration as a broad human experience and the unique story of the Immigration History Research Center and Archives. 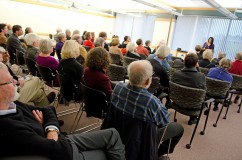 On October 29, we formally opened the exhibit at a reception, the highlight of which was the return of former Curator and Associate Director Joel Wurl as featured speaker. Wurl brought back many wonderful memories reaffirming the significance of our past as well as delivering encouraging words for our future.

Following the program, guests explored People on the Move, many choosing to contribute a journey of their choice to a map of global migration. We were joined by over 100 friends and supporters at this reception, including the Friends of the Immigration History Research Center & Archives and the Friends of the Libraries.

Our anniversary was additionally commemorated through an important interdisciplinary conference hosted by the Immigration History Research Center and the Immigration and Ethnic History Society (IEHS) and held at the University of Minnesota in October.

Immigrant America marked the 50th anniversaries of both the Center and the IEHS as well as the anniversary of the passage of the 1965 Immigration and Nationality Act. Over 200 people gathered for two days to discuss the meaning of the act as well as the field of im/migration history, including topics such as “The Minnesota School of Immigration and Refugee Studies” and interdisciplinary approaches. 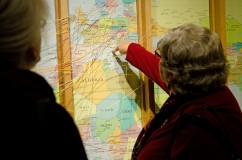 Further, this fall and winter the four archives which comprise of Migration and Social Services Collections (MSSC) are currently displaying materials regarding immigration, refugees, and transfer of cultural knowledge and identity. These include:

We look forward to our next 50 years at the Immigration History Research Center Archives, and sincerely thank all of our supporters. 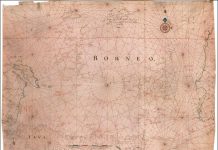