Originally posted by Amy West on August 15, 2014 (with apologies to Amy for the missing photos.)

How can you strike a balance between actually getting work done, and staying current on new software options that might improve your ability to get that work done?

You need to know what you want, understand the context in which you work and commit to solutions even if they’re imperfect. This won’t guarantee a perfect outcome, but it should get you past the obstacles.

Think workflow over software.
With the demise of Google Reader and task manager Astrid, each of which had features not fully replicated with existing tools, I still needed software for current awareness and task management. Now I just do it via Twitter and “send to email” for long reads. Similarly, I’ve moved on to other task managers.

Do you need a special purpose tool?
If it didn’t give me a stomach ache to have more than one screen’s worth of email in my inbox, I’d just use Stars to denote any email that implied one or more tasks and then send myself a bazillion emails of tasks. For small or short-term projects I sometimes create tasks or notes as comments in a Google Doc. You can also create special purpose Google Calendars.

Know what you want!
I drew the task manager I want. It doesn’t exist. But now I exactly what I need versus what I’d like. For example, I need the most intrusive reminder system possible or I’ll get sidetracked. For me, this means BusyCal.

Workarounds are fine!
I put my reading in Evernote, but because it doesn’t connect to any citation managers, I need to create proper citations in citation manager software later. This is needlessly complicated and risky if the source is a standard web page. I could read, annotate, and create citations all at once in say, Zotero, but, I don’t know, I just don’t like reading in Zotero. So Evernote and a work-around it is.

Don’t try to force yourself into a solution that won’t work for you.
I know from experience that just leaving a tab open isn’t enough to get me to look at it. In a day or two I stop seeing it at all. This is ultimately why I stopped using an RSS reader. I used to be an avid user of Google Reader, but after Google closed it down, I never could get into the habit of checking Feedly even though I left the tab open.

Do commit to a solution that gets you what you need.
You’ll be developing a new habit and like any new habit, it will feel forced for a while. But, if you’ve made a reasonable choice based on a realistic assessment of how you work, then it should become routine very quickly. If not, re-assess and try again.

But not at the start of Fall or Spring Semester.
Resist the impulse to suddenly do things differently when facing a very busy semester. The time to try to make changes to your habits is Winter or Spring Break, or Summer Term. There always ends up being more you meant to get done than you anticipated, so you’ll have plenty of tasks to manage, but the reduced numbers of meetings, classes and user interactions lowers the stakes while you’re developing the new habits. 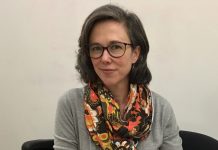 How I Work: Claire Stewart 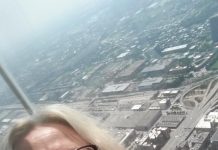 How I Work: Susan Warfield 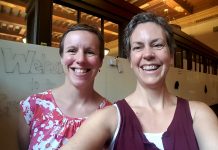 How I Work: Katherine Gerwig and Kate Peterson