Fifty years ago this month the new Washington Avenue Bridge opened to connect the main campus and the then newly established West Bank campus. The bridge opened to pedestrian traffic on its upper deck on September 27, 1965 and automobile traffic began on October 4.

The original bridge constructed with iron trusses opened in 1884 and served to connect Saint Paul, the university campus, and downtown Minneapolis. 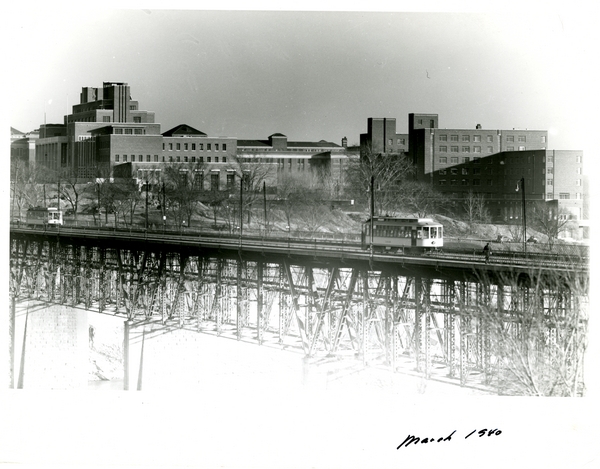 This 1940 photograph captures both street car and pedestrian traffic with Coffman Memorial Union in the background. 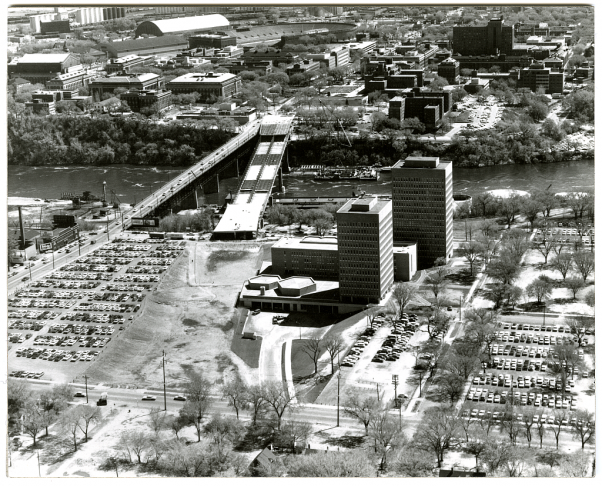 The new bridge under construction with the original bridge still in use.

A 1965 campus map depicting the new bridge with Washington Avenue labeled at the connection point of the old bridge. Today, the previous Washington Ave is 21st Avenue. 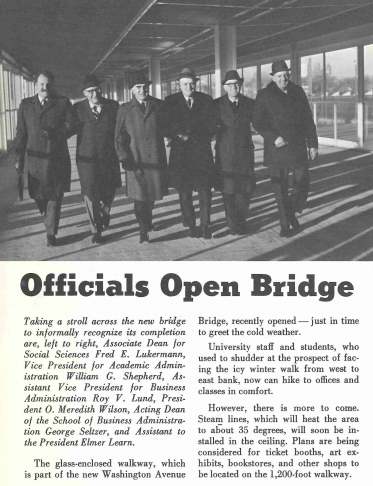 The enclosed walkway on the upper deck is completed in 1966. From the Minnesotan, January 1967. 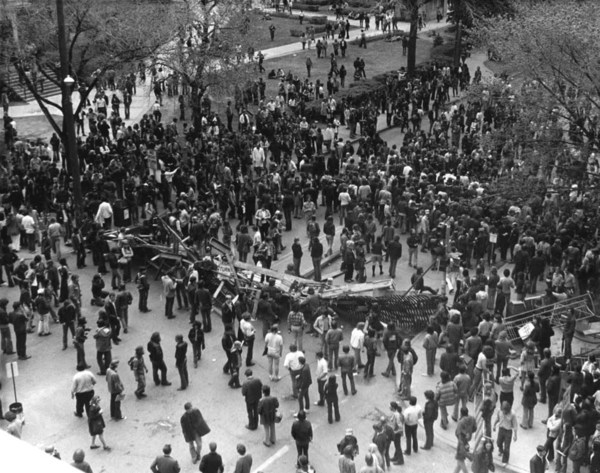 In May of 1972, anti-war demonstrators blocked traffic along Washington Avenue limiting access to the bridge.

Today, Elmer L. Andersen Library, home to the University Libraries Archives & Special Collections, sits at the site of the footing for the original bridge on the West Bank.