Four research fellows are using the Social Welfare History Archives and Kautz Family YMCA Archives with assistance from the Clarke Chambers Fellowship. Established in honor of Clarke Chambers, Professor Emeritus of History and the founder of the Social Welfare History Archives, the fellowships fund travel to the archives for dissertation writers and early career scholars. The first fellowship was awarded in 1992 and, to date, 119 fellows have visited the archives.

The 2015 fellows are studying topics as varied as the impact of federal funding on the culture and methods of social agencies; Black women’s experiences at Black colleges in the South; the political and social influence of morality crusader, Anthony Comstock, on the marginalized individuals who were the targets of his campaigns; and the development of the concept of U.S. social policy and the idea of American exceptionalism in the post-World War II era.

The Clarke Chambers Fellowship awardees for 2015: 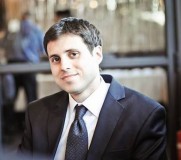 Mr. Brown is exploring whether the expansion of federal spending for social services in the 1960s reduced the influence of major philanthropic organizations, such as the United Way, and stimulated competitive and entrepreneurial tendencies among private welfare agencies. Using collections in the Social Welfare History Archives, he is studying relations among United Way member agencies following the influx of government funding for social services in the 1960s and measuring competitive trends in the voluntary social services related to the decline of centralized budgeting by the United Way.

Ms. Davis is studying the ways in which Black women accessed, experienced, attempted to change, and were changed by Black colleges between the 1920s and the 1950s.  Centered on the elite institutions of the urban south, her research in the Kautz Family YMCA Archives positions Black college campuses as highly contested spaces that were, at once, rife with possibilities and limitations for the Black women who entered them. She is also examining the role of religion and the rhetoric of Christian values that governed much of Black higher education in this period.

Ms. Seitz is researching the influence of morality crusader, Anthony Comstock, on the sexual climate of the United States and on the legal and moral framework that shaped U.S. sexual politics and culture.  Through her research in the Kautz Family YMCA Archives, she hopes to shed light on Comstock’s role in the suicides of five people who violated his moral principles and explore how he amassed significant political and cultural power through extra-governmental organizations and leveraged that power on those who presented a challenge to his moral crusade. She is also studying how marginalized groups, represented by the suicide victims, grappled with changing sexual mores and laws of the time.

Mr. Zdencanovic is using records in the Social Welfare History Archives to explore how and why wartime and postwar Americans came to view themselves as “exceptional” in terms of social policy and turned away from European models and influences. He is researching the ways that labor and business competed to shape policy and to set the terms of the relationship between the state and the polity as well as their respective roles in the postwar debate over two competing social policy models: the establishment of a social democratic state based on European models or limiting the scope of the government and its reach into the economy in the interest free enterprise.

Congratulations to the 2015 Clarke Chambers Fellows!