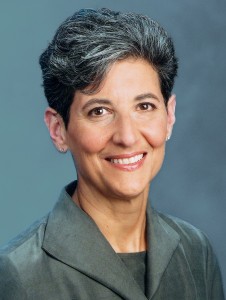 Mary Lou Fellows’s scholarly interests made it an easy decision, after she retired from the University of Minnesota Law School, to volunteer time with the University’s Friends of the Libraries.

“I thought that this was a good place to put my energy,” said Fellows, Professor Emeritus. “Late in my teaching career, I earned a Ph.D. in English. That experience made me very conscious of the importance of the Libraries. I depended on Wilson Library staff and its collection for any number of different projects.”

Fellows served on the Friends Board of Directors from 2009 to 2012 and during that time she became involved with the Andersen Scholars program – both as a financial donor and as a member of the committee that evaluates applications. The program provides funds to scholars around the world who require access to the archives at Elmer L. Andersen Library to complete their research.

“That was a real insight for me to see all the different ways the collections could be used to support research,” Fellows said. “It’s a thrill to read the proposals and difficult to make the decisions about which projects get funded and at what level.”

As a law professor, Fellows conducted research and developed courses on the issue of violence against women. Not surprisingly, when she became more active with the Friends of the Libraries, she worked with community organizations and Kris Kiesling, Director of Archives and Special Collections, to create a collection on the subject of domestic violence.

“Minnesota has been a leader in addressing issues of domestic violence. There are a lot of far-reaching and path-breaking groups in Minnesota and we reached out to them and asked them to think about placing their archives at Andersen Library for future researchers,” Fellows said. “This was a wonderful confluence of my research interests, my grassroots political action interests, and my commitment to the Libraries.”

That commitment, Fellows says, grows in part out of her experience with the outstanding archivists and curators at Andersen Library and the exceptional leadership of Kiesling and University Librarian Wendy Pradt Lougee. But she also believes that libraries in general are undervalued and at risk. Through her support, she wants to help raise awareness of the importance of libraries.

“Libraries open up the world, expand horizons, and inspire dreams,” she says. “All that can happen in a library.”