She will help choose best American picture book for children

Lisa Von Drasek, Curator of the University of Minnesota’s Children’s Literature Research Collections (CLRC), has been named to the 2017 Caldecott Committee. The committee will decide the winner of the 2017 Caldecott Medal, named in honor of 19th-century English illustrator Randolph Caldecott.

The annual award, by the Association for Library Service to Children, a division of the American Library Association, goes to the artist of the most distinguished American picture book for children.

“As a children’s book reviewer, I receive over 2,000 new picture books a year,” Von Drasek said. “Any of those books illustrated by a United States citizen or resident and published in the United States are eligible for the award.”

15 experts must agree on one illustrator

Each year, the committee consists of 15 readers with expertise in the area of children’s literature to evaluate the illustrations and select the one book that will be honored with a gold sticker. Although these judges come to the table with different tastes, experiences, and backgrounds, they must reach a consensus to identify the most distinguished illustrator for that year.

“As someone who has served on the Newbery Committee for best work of literature and Notable Children’s Books, I know that difficulty of not bringing to the discussions, MY pick for best picture book of the year,” Von Drasek said. “The challenge is to identify our own bias, listen to the critical thoughts of the other judges as it pertains to the art, and then evaluate the works that have been nominated. The Caldecott committee must reach a unified decision.”

She added that she will be reading illustrated books – these can be picture books or graphic format for children ages 0 to 14 published in the year 2016. The winner will be announced at a live streamed press conference from Atlanta, GA in January 2017. 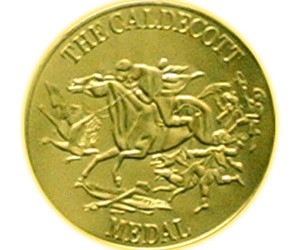 “One of the ways that committee members hone their discussion skills is to conduct a Mock Caldecott with interested readers of illustrated books,” she said. “I hope to organize one here at the Children’s Literature Research Collections in fall 2016 to be able to discuss the frontrunners.”

The Caldecott Medal was designed by Rene Paul Chambellan in 1937. The picture on the front of the medal is from Randolph Caldecott’s illustrations for The Diverting Story of John Gilpin. It shows John Gilpin on his race from London to Ware.

About Lisa Von Drasek and the CLRC

Lisa Von Drasek is the Curator of the Children’s Literature Research Collections and the primary host for the University of Minnesota Libraries’ Read This Book! video podcast.

The CLRC, an internationally recognized resource in the field of children’s literature, contain six core collections and several smaller collections.

The core collections include: