We hope you enjoyed our story on April Fools Day! By the way, we really do have the largest collection of Sherlock Holmes material in the world. 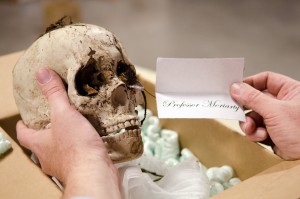 A mysterious box containing the skull of Professor James Moriarty — archenemy to renowned detective Sherlock Holmes — was delivered last month, anonymously, to Timothy Johnson at the University of Minnesota Libraries.

“I was stunned, somewhat delighted, and skeptical when I first opened the box,” said Johnson, a well-known Sherlock Holmes expert and curator of Rare Books and the Sherlock Holmes Collections at the University of Minnesota Libraries. “My immediate thought was that it can’t be Moriarty because the skull has less frontal development than I would have expected from a man of his intellect.”

Johnson sent the skull to forensics experts in the University of Minnesota Medical School for DNA testing. On Monday, Johnson got the news that it is — indeed — Moriarty’s skull.

Moriarty was a criminal mastermind of the late 19th century and Holmes’ chief nemesis. Holmes often referred to Moriarty as the “Napoleon of crime.” Nearly all law enforcement officials, historians, and Holmes aficionados concluded that Moriarty fell to his death following his epic 1891 struggle with Holmes atop Reichenbach Falls in Switzerland.

But until now, there was no physical proof of Moriarty’s death. This stunning discovery at the University of Minnesota apparently puts this mystery to bed. Johnson said that grass, leaves, and mud found on the skull were linked to the Reichenbach Falls region, providing further evidence that the skull was recovered in the gorge beneath the falls.

The skull and a note that said simply “Professor Moriarty” was inside a box addressed to Johnson. It had no return address. Ultimately, Johnson said, the skull will become part of the Holmes Collections at the University of Minnesota, which, in fact — no fooling — is the largest collection of Sherlock Holmes material in the world.

Watch a slideshow of Johnson opening the box 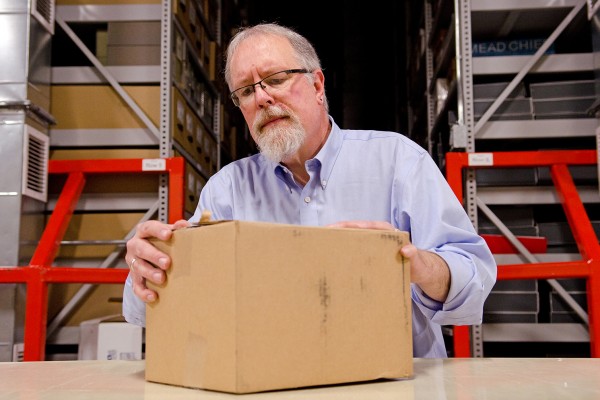 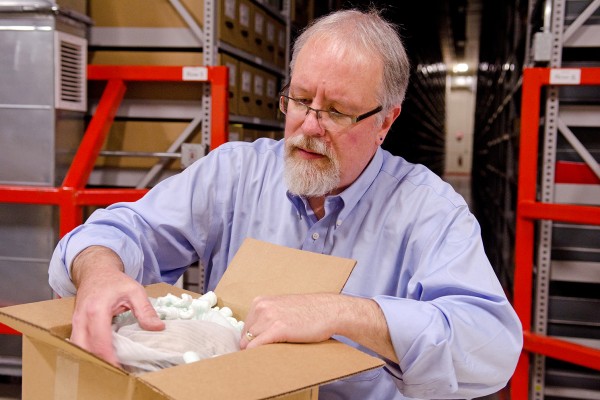 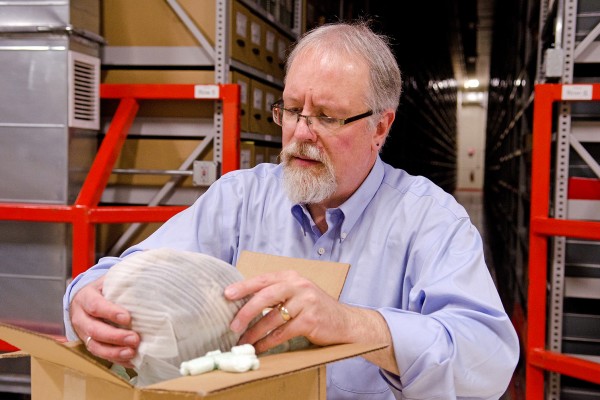 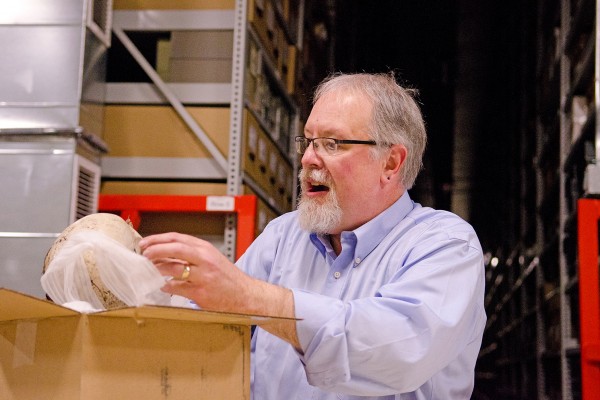 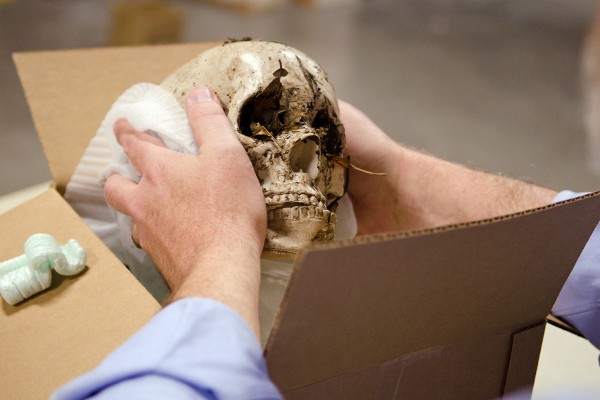 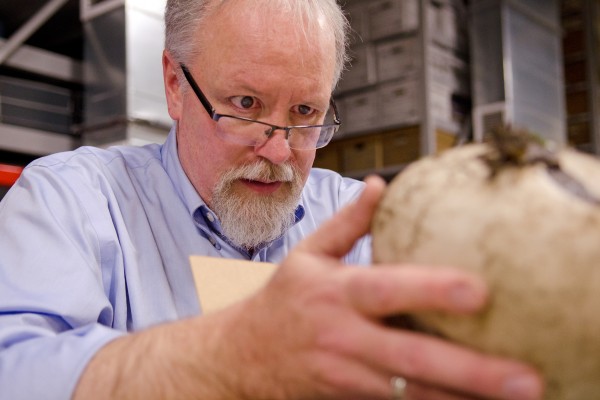 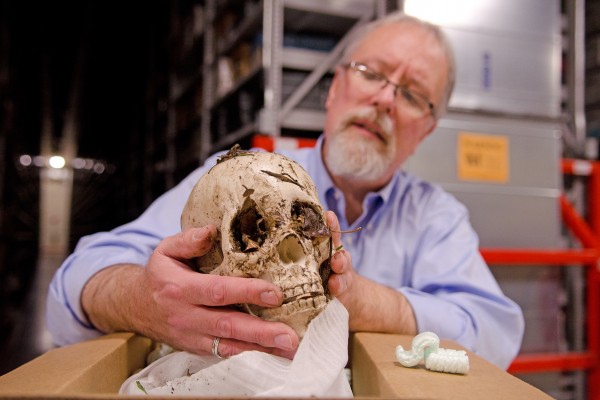 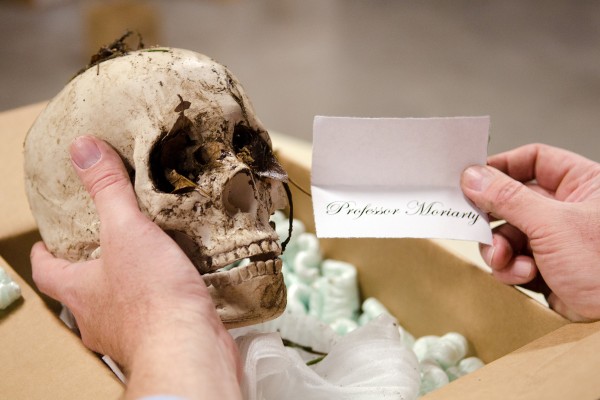 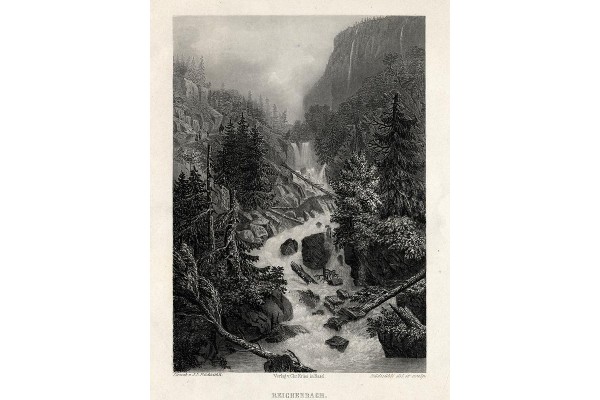