How do you move 50 years of theater history?

After a long courtship beginning before 2008, the University of Minnesota formally acquired the records of the nationally-renowned Children’s Theatre Company in early 2014. The collection, an overwhelming 780 cubic feet of production records, administrative records, and everything in between, was now ready to be packed up by archives staff and sent to the University of Minnesota Performing Arts Archives. But where would we begin? 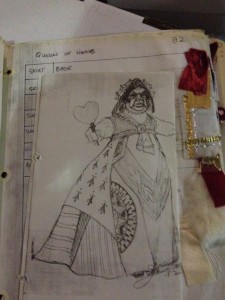 The Children’s Theatre Company has held a strong presence in the Minnesota theater community since its founding in 1965 by the company’s first Artistic Director, John Clark Donahue. His goal? Create works of theater for young audiences with child actors, but with a level of artistic excellence that would rival that of any major metropolitan theater company.

The company’s first home was the Minneapolis Institute of Art at 3rd Avenue South and today their theaters continue to be adjacent to the museum. That is where the initial accessioning began. Tucked away in a back corner room in CTC’s office space, archives staff found production books containing scripts, lighting and sound cues, photos, cast lists, tour schedules, and rehearsal reports for productions dating back to the late 1960s — all in excellent condition. Roughly seventy-five cubic feet of materials were packed up in one afternoon in February.

But this was only the first step in transferring the entirety of CTC’s records to the Performing Arts Archives. The Children’s Theatre Company also maintains an off-site storage facility in Northeast Minneapolis, where much of their set pieces and props, and other large are held. Here one can find magic mirrors, elegant chandeliers, and props from productions like If You Give a Mouse a Cookie and The Cat in the Hat — all reminders of CTC’s tradition of adapting classic pieces of children’s literature into a theatrical experience. 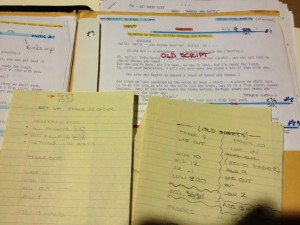 The off-site warehouse was also home to numerous boxes of administrative records, artistic records, costume bibles, a library of children’s books, scripts, posters, programs, and other publications — everything from Alice to Oz. The initial estimate made back in February planned for 600 cubic feet, so a staggering 500 paige boxes were ordered to accommodate the box-up. A week in July was set aside for the move, a team of archives staff assembled, and a number of Sharpies, pencils, labels, and folders were gathered up. We were ready.

The move occurred the week of July 21st, and the Twin Cities was blessed with its first heat index warning of the summer that very Monday. When archives staff arrived, a large open space in the middle of the warehouse had been cleared, and approximately nine pallets of boxes had been pulled. We dove into the materials, piecing out what we would take from that would remain with CTC.

But soon after we began, more and more pallets began to appear all around us as CTC staff began to diligently pull the remainder of the materials intended for the archives. The sheer amount of boxes and pallets was quickly becoming overwhelming, but our large team of archivists worked steadily over the course of four days of July heat. By Thursday afternoon, we had packed up 465 boxes of materials — all labelled and given a basic box-level inventory. We had 15 pallets packed and ready to ship back to the archives. We had finished. 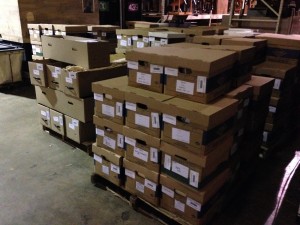 So how do you move 50 years of theater history? Every theater company is unique, but for the Children’s Theatre Company it took approximately 520 boxes, 44 hours, 17 people, an average heat index of 85 degrees, 2 different storage sites, 1 box of muffins, and a little bit of that magic of theater. A big thank you to the following people for helping make the move possible:

Researcher at the ready 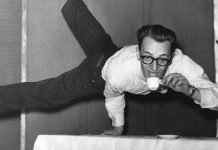 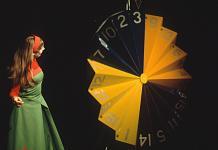 New treasures from the Minnesota Opera