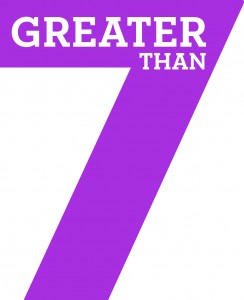 The University of Minnesota is committed to a culture of inclusion. But just what does that mean?

How do we honor differences AND our common ground? How do we focus our attention on tackling the world’s grand challenges as we meet our own challenges at home? Enter the conversation. And then keep it going.

The Office for Equity and Diversity invites campus communities to open up the dialogue by participating in Greater Than 7: Courageous Conversations About Equity and Diversity, a University-wide week of events designed to engage the entire campus in the work of creating an environment that allows everyone the chance to succeed academically and socially.

The University Libraries invite you to participate in the many ways that we define and experience equity and diversity at the University.

Many of the foods we enjoy today, however, have a global history, even those grown locally. This exhibit will explore the global history the foods we eat in the US and Also the American origins of foods that have become staples elsewhere in the world.

Treasures in the Archives: Tretter Collection for GLBT Studies

The Tretter Collection in Gay, Lesbian, Bisexual, and Transgender Studies provides a record of GLBT thought, knowledge, history and culture. It houses books, films, documents, textiles, music, artwork and more more from around the world. Learn about items in the collection from the book the Nazi’s tried to burn to the first homophile publication in teh U.S. to the first transgender character in teh mainstream comic book.

“The Warmth of Other Suns: Telling the Human Story of an Epic Migration” with Isabel Wilkerson
This event is SOLD OUT!

Pulitzer Prize winner Isabel Wilkerson kicks off the Friends of the University of Minnesota Libraries speaker series with a special lecture, “The Warmth of Other Suns: Telling the Human Story of an Epic Migration.

Films that will be playing: “The Real Story” — “Vincent Who?” — “PUT THIS ON THE (Map)” — Miss Representation.” Facilitated discussions will follow each film.

Narratives narrowly focused on technological development provide a white-washed depiction of computing as an ostensibly neutral field, dispassionately and scientifically tracing progress, But history is neither scientific nor dispassionate. Stories about research and industrial accomplishments, intentionally or unintentionally, portray a largely homogeneous set of values and actors. This presentation will place computing within broader social contexts in order to reveal more diverse issues, motives and agencies.