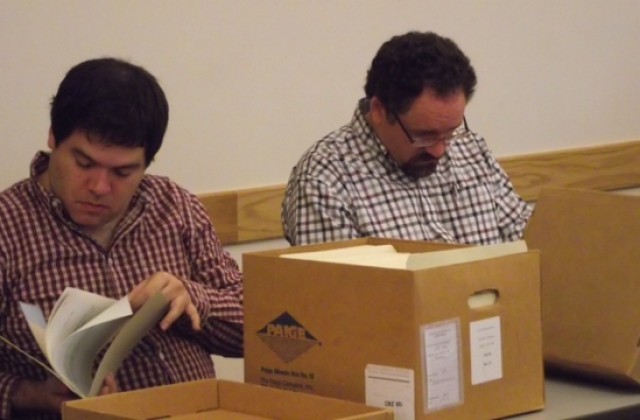 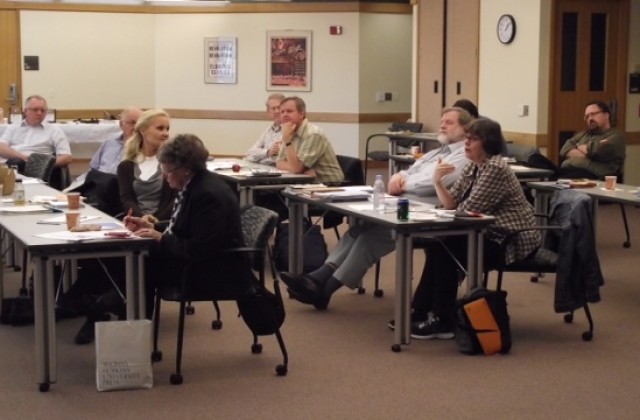 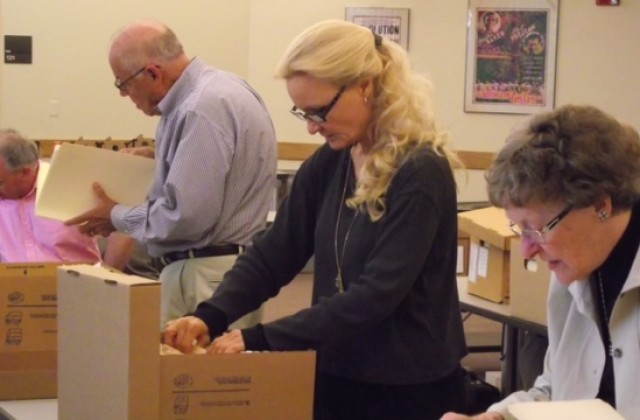 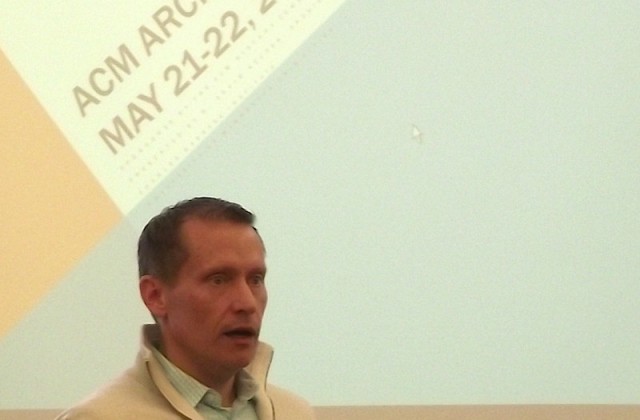 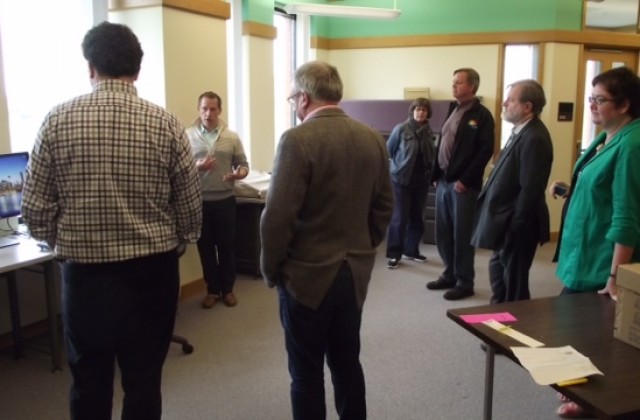 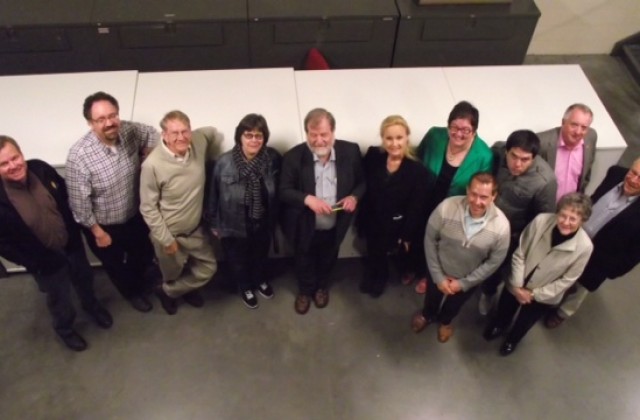 The hush that fell over the room was short-lived. Sample boxes from the collections at the Charles Babbage Institute were on the tables and workshop participants immediately concentrated on them. Almost as suddenly, however, the chatter began to rise. “Can I use a box from Carl’s collection?”

One workshop participant was excited about the Carl Machover Papers. She had known Carl – the donor of CBI’s first major collection on computer graphics – and was an active member of the same professional organization to which Carl had dedicated so much of his own time and energy, SIGGRAPH – the special interest group (SIG) dedicated to computer graphics and interactive techniques. It was a thrill to have Carl’s materials in front of her.

Another participant looked up from her box of materials from the 1978 History of Programming Languages Conference in Los Angeles and said, “You picked out a box you knew I’d like!”

A box from the Edmund C. Berkeley Papers prompted, “I never would have expected this! I think of Berkeley as a computer person but this material is all about his social activism!”

After the investigation of the CBI materials each participant talked about what had brought them to Minnesota. The eleven women and men in the room had come from all over – Great Britain, Canada, New Zealand, Argentina, New York, and California – to learn about the fundamental principles and practical strategies of archiving. Each came with questions centered on the projects they were managing back home. Some simply had materials of possible historical interest: what to do with them? Others were collecting materials from computer science colleagues to support their own historical research and to direct them to archival repositories for long-term care. Some were even building museums and archives themselves – both physical and digital.

The workshop was conceived by the History Committee of the Association for Computing Machinery (ACM) as a means to encourage the collection and preservation of the organization’s history. The ACM itself had taken steps to preserve its history several years before. In 2007 they sought a permanent home for their headquarters archive through a competitive bidding process that selected the Charles Babbage Institute in 2008. The ACM headquarters records document much of the largest and oldest educational and scientific computing society – but the ACM History Committee was well aware of valuable materials still in the hands of its large and active membership. Thus they conceived of this workshop as a means to raise awareness about archival practices and repositories. CBI afforded the opportunity for ACM members to see materials from the ACM archives and from the many associated individuals, conferences, and working groups that had also entrusted their materials to us.

When the History Committee asked me to develop and deliver a workshop, I was happy to say yes. I presented a draft workshop schedule in February 2014 at the Computer History Museum in Mountain View, California. There I was also able to participate in the committee’s review of prospective participants and to help evaluate projects that sounded promising. The ACM fully funded the travel and accommodations for successful applicants. This generosity made possible the diverse and international nature of the group gathered in Minneapolis on May 21-22, 2014.

Over the two days, the workshop balanced lectures on archival principles and practices with discussions of the participants’ projects, hands-on exercises, and tours. We discussed provenance and original order, collection development, appraisal, acquisition, processing, preservation, description, access and discovery. Legal issues involving ownership, copyright, private and sensitive materials, and restrictions were considered and discussed from the perspectives of creators, donors, repositories, and users. The ideas addressed were meant to apply to any type of material, but we did spend time discussing where these differed and remained the same in respect to traditional, physical collections and born-digital records. In addition to spirited discussions, participants were able to engage in some social activity and casual conversation over dinner at the Campus Club.

At the end someone asked if we could all meet again next year. I was thrilled to see how engaged everyone was, and I look forward to hearing about the progress they make on their individual projects.