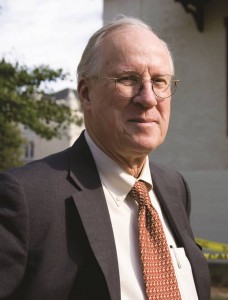 The topic was Moe’s most recent book, “Roosevelt’s Second Act: The Election of 1940 and the Politics of War,” which he also will discuss at the November 20 event, sponsored by the Friends of the University of Minnesota Libraries.

In the book, Moe focuses on a critical point in American political history: Roosevelt’s decision whether or not to seek a third term in 1940. Moe argues that Roosevelt’s third term greatly changed America’s foreign policy and changed the way people perceived the presidency.