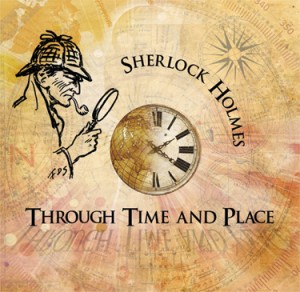 The Sherlock Holmes Collections consist of over 60,000 items including books, journals, and a wide variety of other forms through which the transformation of the Holmes character from the printed page to a cultural icon can be traced.

As reported in the August 12, 2013 Pioneer Press article by Richard Chin, about 150 Sherlockian authorities, academics and aficionados of the famous fictional detective came from as far as Sweden and Switzerland.  The theme of this year’s conference was a reflection of a current wave of popularity Holmes is enjoying on the big and small screen, including the BBC/PBS series “Sherlock,” the CBS series “Elementary” and the recent movies starring Robert Downey Jr.

While some Holmes fans sided as traditionalists, Chin reports that most of the conference attendees seemed happy that the new depictions of Holmes may be drawing a fresh audience into the fold, whether it’s young men who like the action-oriented movies or young women in groups like the Baker Street Babes.

Read the full story about the conference from the Pioneer Press.

If you missed the conference, our exhibit “Sherlock Holmes Through Time and Place” is on view at Elmer L. Andersen Library through September 27.  More details at z.umn.edu/sherlockholmes.

You can also view the Sherlock Holmes Collections at the UMedia Archive.