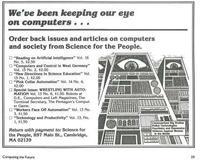 On Sunday June 16, speaking as a regular panelist on Fox News Sunday, Brit Hume commented that too much “fuss” was being made over Edward Snowden because what he supposedly revealed wasn’t anything new. To back up this assertion he referred to a May 2006 article in USA Today. Mr. Hume provided no additional information, but I tracked down an article dated May 11, 2006 on the newspaper’s website – “NSA has massive database of Americans’ phone calls” – which I added to a growing list of references on surveillance by means of computer data. I was relieved to hear someone in the media address previous coverage of data surveillance. Recent discussions have often displayed – amidst an outrage that seems to arise from both the political left and right – surprise at the existence of such practices and even at the idea that “new” technologies may have what may be described as nefarious applications. While the article to which the panelist referred addressed this specific NSA program, a perceived threat to personal privacy posed by computers and big data appears in materials dating back several decades. Such materials can be studied at the Charles Babbage Institute at the University of Minnesota Libraries’ Department of Archives and Special Collections. 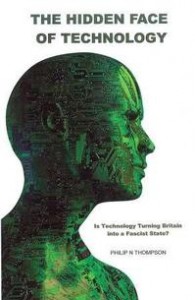 In 2008 the Charles Babbage Institute began a collecting initiative on Social Issues in Computing to balance the possible bias of existing holdings. Collections at CBI consisted primarily of materials by the individuals and organizations that made up the computer industry itself. Much, if not all, of what the industry wrote about itself was positive, describing the intellectual achievement and far-reaching practical application of their creations. As a center dedicated to the history of information technology, CBI recognizes the positive contributions of the industry and its reach into the daily lives of much of the world. Social Issues in Computing investigates what people outside of the industry have had to say about this fact – both what they embrace as beneficial and what they regard as threatening.

The Social Issues in Computing initiative seeks a wide array of commercially and independently published print materials – books, magazines, newsletters, flyers, “zines” – that express hopes and concerns about computing and its impact on everyday people and communities from as wide an array of socio-political perspectives as possible. The ideas found within this growing collection of materials demonstrate perceptions both optimistic and dystopic and represent both liberal and conservative political-social perspectives. Issues addressed include jobs, the economy, warfare, the environment, and privacy and surveillance. Specific areas of concern wax and wane at different points in history – and that is interesting in and of itself – but concerns about the potential application of computers for the collection and analysis of data to monitor the populace stretch throughout the collection.

During a tour of the collection this past year I was asked how I screened for “quality.” My response was that I didn’t. The purpose of this collection is not to establish a canonical viewpoint but to display a breadth and range of perspectives. Some of these may seem – depending on the reader – extreme, paranoid, biased, or even merely uninformed. The goal is to examine a variety of social and political perspectives on the impact of computing, not to assert a proven and impartial analysis. The collection of materials does not imply endorsement of any of the views contained, but rather offers primary source material for researchers. It is interesting to note, however, that some motifs appear in publications across the political spectrum and that ideas arising in the seemingly most radical publications can find their way into more mainstream discussions.

“… the author warns of computer technology’s inherent threat to privacy and individual constitutional rights. He carefully documents the most important political and economic changes caused by burgeoning private and official data programs, by changing communications techniques, and by rapid new developments in computer hardware and software.

Professor Miller’s analysis of those changes and of the inadequacies of the present law governing them is vital to those of us who still believe that man’s most cherished possession is individual liberty and who view privacy and political freedom as the most precious of liberties in this age of cybernetics. … More important, however, is the fact that it should bestir all Americans to claim their constitutional legacy of personal privacy and individual rights and to demand an end to abuses of computer technology before the light of liberty is extinguished in our land.”

The introduction to this publication states: “As this collection of articles shows, a deeper look also uncovers the computer’s many other subtle and sometimes insidious impacts on our lives.” The issue examines the role of computers on health, militarization, education and “the frightening potential of computers to repress and control, to track and monitor.” The issue also includes a book review of The Rise of the Computer State by David Burnham, New York: Vintage Books, 1984.

A self-described “anarchist / anti-capitalist” publication, 325 issues in our holdings feature subtitles “An insurgent anti-prison zine of social war and anarchy” and “Anti-prison / Insurrection / Autonomy.” Articles pertaining to computers and technology include:
#1, August 2004
“Encryption”
“Scientific + Technological Options Assessment: (STOA). Prison Technologies: An Appraisal of Technologies of Political Control”
“What is Biometrics?”
“What is Pattern Recognition?”
#2, April 2005
“Inside the Surveillance Capital of Europe”
# 3, June 2006
“Cashless Societies and Consumer Surveillance”

Spychips: How Major Corporations and Government Plan to Track Your Every Move with RFID
Nashville, TN: Nelson Current, 2005.

CBI holds issue October, 2012
“Big Brother is Definitely Watching Us All”
“Facedeals: App Brings Facial Recognition to New Levels of Creepiness”
“Trapwire: Big Brother Now Monitors Your Every Move”
“Big Brother in Your Pocket: Your Smart Phone as a Tool of Control”
“Welcome to the Machine”

This volume represents arguments in favor of big data. From the back cover:

“The Human Face of Big Data captures in glorious photographs and moving essays, an extraordinary revolution sweeping, almost invisibly, through business, academia, government, healthcare, and everyday life. Big Data is already enabling us to provide a healthier life for our children. To provide our seniors with independence while keeping them safe. To help us conserve precious resources like water and energy. To peer into our own individual genetic makeup. To create new forms of life. And soon, many predict, to reengineer our own species. And we’ve barely scratched the surface…”